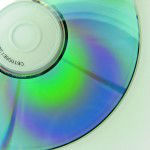 The New Jersey Open Records Act (OPRA) continues to pose challenges for municipalities. In a recent decision, Superior Court Judge Yolanda Ciccone ruled that data does not need to be readable to qualify as a public record.

The New Jersey OPRA lawsuit was filed by the Gannet newspaper chain after the Somerset County borough of Raritan failed to provide payroll data in response to a public records request. One of Gannet’s newspapers requested that the information be provided in a digital file; however, Raritan’s private payroll vendor only stored the data in Portable Document Format, or PDF. It would have cost $1,100 for the company to convert its PDF into a spreadsheet.

Unwilling to pay the service charge to convert the data, Gannet filed suit. It argued that payroll records also existed in non-PDF format, although not in a format readily read by humans. Nonetheless, Gannett contended that by failing to provide these files in response to the OPRA request, Raritan violated the law.

Judge Ciccone ultimately concluded that the non-PDF payroll data were government records subject to OPRA, which, as she noted, covers “information stored or maintained electronically.” She rejected Raritan’s argument that the data did not qualify as a public document because it was unintelligible to human eyes.

“The Court accepts and adopts Gannett’s position that ‘government records’ under OPRA do not have to be understandable to a human,” she stated. “The Court is convinced that just as ‘microfilm,’ which is specifically identified as a ‘government record’ under OPRA, cannot be used by a human without the assistance of a machine, the same is true about the non-PDF computerized data.”

The ruling could have a significant impact on OPRA requests for electronic documents. However, this is likely not the final say on this issue, as Raritan may appeal the decision. Therefore, we encourage you to check back for further updates or contact a member of Scarinci Hollenbeck’s Public Law Group for additional information.