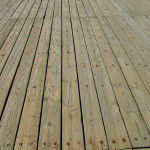 A New Jersey federal court recently rejected North Wildwood City’s attempt to dismiss a lawsuit under the American’s With Disabilities Act (ADA).  The municipality had argued that the plaintiffs lacked standing because they did not suffer an injury-in-fact.

In Hamill v. North Wildwood City, two disabled individuals, Thomas Hamill and Gregory Lasky, filed a lawsuit alleging that North Wildwood’s facilities are not handicapped accessible and thus violate the ADA. The plaintiffs maintain that during their visits to the city, they could not access the beach or travel safely along the boardwalk because the facilities do not comply with ADA regulations. According to the complaint, both plaintiffs observed difficulties with the curb cuts of the sidewalks and ramps accessing the boardwalk.

North Wildwood sought to dismiss the lawsuit for lack standing because the plaintiffs did not suffer injuries-in-fact and because there was no concrete risk of future injury. Among other arguments, the city noted that Hamill “never got out of his van . . . to physically traverse the areas he determined, solely by visual inspection, to be inaccessible.”

The federal district court ultimately concluded that Hamill and Lasky demonstrated that they suffered injuries when they visited North Wildwood and are likely to suffer injuries in the future.

As explained by the court, “Plaintiffs have provided sufficient evidence to show, at this procedural posture, that North Wildwood’s facilities are inaccessible and that they had actual notice, through their visual inspections, of inaccessibility. Plaintiffs need not engage in futile, and possibly unsafe, gestures to establish that they suffered an injury-in-fact when they visited North Wildwood.”

With regard to future injuries, the court also found that both plaintiffs demonstrated sufficient evidence to show that they would return to North Wildwood, specifically citing that it is a popular tourist attraction. Accordingly, they had standing to seek injunctive relief based on a non-speculative threat of future harm.