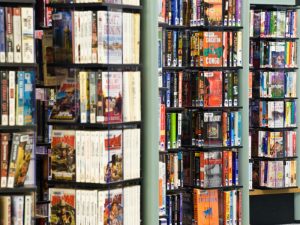 For the library funding to become a reality, New Jersey voters will also have to sign off. Under Assembly Bill Number 222, a ballot question for a proposed bond sale will go before voters in November.

Pursuant to the proposed legislation, for any approved project financed by bond proceeds, the grant award will support 50 percent of the cost of the project. The local governing entity in the area served by the public library will support the remaining 50 percent of the cost of the project. As amended, the bill authorizes the local governing entity to solicit and receive grants and other funds from any private source to support its required share of the project.

The bond act also directs the State Librarian, in consultation with the President of Thomas Edison State University, to establish eligibility criteria for the receipt of grants. The State Librarian, with the approval of the president, will also create a list of eligible projects. Under the bill, $5,000 would be appropriated to cover costs related to placing the ballot question before voters in November.

Support and Criticism for Library Funding

According to the New Jersey Library Association, lawmakers have not approved new borrowing for library facilities for eight years. In 1999, a $45 million bond act was enacted to facilitate the financing of 68 library projects.

Supporters of the proposed bond sale maintain that it will also create construction and trade jobs. As argued in the statement accompanying AB 222:

In addition to providing traditional services such as book-borrowing and lending, public libraries have a long and well-documented history of functioning as public spaces and community centers for reading, studying, and holding public meetings. More recently, public libraries have helped to bridge the “digital divide” by providing patrons with access to computers and the Internet, while continuing to provide a wide range of critical services, including college-preparation, job-seeking and career-assistance, and the securing of government assistance. The benefits of public libraries are numerous, and the construction, expansion, and improvement of public libraries will serve to promote the success of New Jersey’s citizens and thereby advance the economic development of the State.

While the proposed library bond funding has attracted widespread bipartisan support, it has its critics. Assemblymen Jay Webber and Michael Patrick Carroll submitted a minority legislative statement opposing the bill. “Despite that substantial existing funding of our public libraries and the mountain of debt our taxpayers already face, this bill calls for even more spending and borrowing for New Jersey’s public libraries,” the statement says.

We will continue to track the status of the proposed bond sale and provide updates as they become available.

For more information about the proposed library bond sale or the legal issues involved, we encourage you to contact a member of Scarinci Hollenbeck’s Government Law Group.