Gov. Chris Christie recently vetoed legislation that would have made rentals via Airbnb and similar online marketplaces subject to the same state and local occupancy taxes as hotel and motel rooms.  According to the Governor, he would not support imposing additional taxes on “already overly taxed New Jersey property owners.” 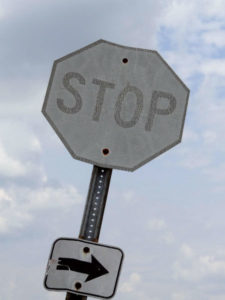 Assembly Bill No. 4587 would have imposed the New Jersey sales-and-use tax, as well as the hotel and motel occupancy fee, on “transient accommodations,” which are defined under the bill as a “room, group of rooms, or other living or sleeping space for the lodging of occupants, including but not limited to, residences or buildings used as residences.” Renters would be responsible for paying the taxes and fees.  Airbnb would oversee the collection and then remit the proceeds to the state.

On July 21, 2017, Gov. Christie vetoed the bill.  “The tax increase proposed in this bill would not only impact New Jersey property owners who have—for generations— made their homes available for short-term rentals, but would also disproportionately increase the cost of visiting New Jersey shore towns and other tourist destinations,” Christie said in his veto message.

“This area and its economy cannot and should not be jeopardized,” the Governor added.  “I cannot sign a bill increasing taxes on our citizens and, most particularly, our tourism areas.”

Airbnb had supported the bill. “We are extremely disappointed the governor decided to veto a bill that would have generated millions of dollars for Garden State residents without raising taxes,” the company said in a statement.

For more information about efforts to tax transient accommodations or the legal issues involved, we encourage you to contact Michael A. Jimenez, Esq., Counsel and member of Scarinci Hollenbeck’s Government Law Group.