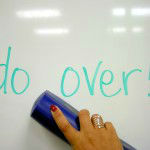 New Jersey school districts may need to go back to the drawing board when it comes to disciplining students for illicit activities that not take place on school grounds or during school hours. The Appellate Division recently held that many of these 24/7 school conduct policies go too far by imposing consequences for off-campus conduct that does not negatively impact school safety.

As the Appellate Division explained, the statutes does not grant “unlimited power to boards of education to impose disciplinary consequences on students for conduct occurring away from school grounds.” Rather, they are only authorized to act when “there is a close nexus between the misconduct and the school.” Under the policy at issue, the court noted, “a student could be suspended from participating in extracurricular activities as the result of receiving a citation for littering on a municipal sidewalk.”

The appellate court also rejected the district’s argument that the policy was justified because participation in extracurricular activities is a privilege, not a right. The disagreed, stating, “The Board’s clear intent in adopting regulation 6145 was to use the control it has over students’ participation in extracurricular activities as a form of discipline to enforce its code of conduct.”

This decision calls into question similar student conduct policies adopted throughout New Jersey. As we previously stated on this New Jersey Government and Law Blog, while we recognize that the schools are simply trying to protect students and promote good conduct, they may need to find a way that does not run afoul of the legal protections afforded by the laws of New Jersey and the U.S. Constitution.