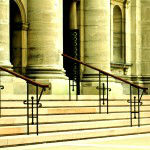 Last week, the Appellate Division of the Superior Court of New Jersey issued a key decision regarding the state’s Open Public Records Act (OPRA). In Bozzi v. City of Atlantic City, the panel ruled that public entities can only charge OPRA rates for bid specifications even if the specifications are prepared by engineers or other professional persons for the public entity..

The case revolves around plaintiff Ernest Bozzi’s request for bid specifications for award of a contract to provide heating, ventilation and air conditioning maintenance and service for a municipal building in Atlantic City. Plaintiff first went to the office of the official records custodian of Atlantic City. A staff member directed the plaintiff to the city engineer’s office, where another staff member told him an OPRA form was “not necessary.” Plaintiff was subsequently provided with the 69-page bid specification package and charged a flat fee of $25, which he paid.

Thereafter, Bozzi filed an order to show cause and a complaint alleging the city violated OPRA, the common-law right to access, and the Civil Rights Act. Bozzi argued that OPRA limited copying costs of public documents to 5 cents per page, making the fee charged for the material excessive. His complaint requested a refund along with attorney fees and costs. In response, Atlantic City maintained that Bozzi was not entitled to relief  since the cost of the bid specifications was not governed by OPRA.

The Court ruled that unless the bidding  was a competitive proposal process under N.J.S.A. 40A:11-4.5 the public entity could only charge the OPRA fee rates for copies of the bid specifications.  This statute allows public entities to charge up to $50 for proposal documents. There is no such provision under the Local Public Contracts Law. In addition the  Appellate Division also reversed the decision of the trial court, concluding that the failure to submit a written request barred the plaintiff from recovering under OPRA. As the opinion makes clear, “The requirement for a written request is not gratuitous.

In relevant part, OPRA provides: “A request for access to a government record shall be in writing and hand-delivered, mailed, transmitted electronically, or otherwise conveyed to the appropriate custodian.” As explained by the court, “The writing requirement gives the government entity a clear understanding of the nature of what is sought and triggers an obligation to comply with OPRA’s provisions to fulfill the request.” The panel further noted that the New Jersey legislature had the option of allowing oral requests, but elected not to do so.