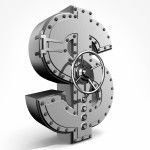 In New Jersey Association of School Administrators v. Cerf, three New Jersey superintendents challenged the authority of the Department of Education to adopt and implement amended regulations capping superintendents’ salaries. However, the Appellate Division recently rejected these efforts, finding that the salary cap was a valid way to satisfy the legislature’s directive to reign in school spending.

Pursuant to N.J.S.A. 18A:7-8(j), each executive county superintendent must review and approve all employment contracts for superintendents in his district. The proposed amendments changed the standards for approval by setting a “maximum salary amount” based on enrollment. The Commissioner of the Department of Education also advised that contracts expiring subsequent to February 7, 2011 should not be renegotiated or extended prior to the effective date of the new regulations. The plaintiffs in the case, three New Jersey superintendents, were all renewing their contracts.

As outlined in the Appellate Division’s opinion, the court was asked to consider four challenges to the proposed salary cap:

The court answered “no” to all four questions. With respect to the Commissioner’s authority to enact the amendments, the court held that the cap based on enrollment was “directly and expressly tailored to address a factor the Legislature expressly designated as critical in controlling district spending — ‘per pupil administrative expenditures.’” It further held that “there was there is nothing arbitrary, capricious or unreasonable in the Commissioner’s effort to rein in spending with salary caps based on enrollment.” The court used the same line of reasoning to also reject the Separation of Powers argument.

The court also held that the salary cap did not conflict with 18A:17-19, which authorizes the board of education employing the superintendent to set his salary. In reaching its decision, the court pointed out that 8A:7-8(j) already restricts the board’s authority to pay as much as it wishes by mandating review and approval of all employment contracts for superintendents for compliance with standards set by the Commissioner. When all of the applicable statutes are read together, the result is that a district’s board may fix a superintendent’s salary within the applicable cap, which the court deemed consistent with the intent of the New Jersey Legislature.

Finally, the court concluded that the Administrative Procedure Act did not apply to the commissioner’s directive to suspend review of renegotiated contracts pending adoption of the salary caps. “The Commissioner’s directive is properly viewed as falling within an exception to the Act’s definition of rulemaking — it is an intra-agency or interagency statement,” the court ruled.

For additional information about this case, please contact a member of Scarinci Hollenbeck’s Public Law Group.