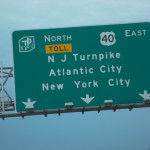 Last month, the borough of Highland Park became the first New Jersey municipality to ban hydraulic fracturing, which is commonly referred to as “fracking.” While the town does not have any known natural gas deposits, the ban is intended to send a message about the controversial practice and encourage other municipalities to pass similar laws.

“We encourage other municipalities to pass similar ordinances and keep New Jersey’s waters and our families safe from the hazards of fracking exploration and production,” Highland Park Councilwoman Susan Welkovits said in a written statement.

The process of fracking involves injecting fluid, containing water, sand and chemicals, into the ground at a high pressure in order to fracture shale rocks and release deposits of natural gas. Supporters contend that tapping into natural gas reduces our dependence on foreign oil. Critics argue that fracking has a negative impact on the environment by contaminating groundwater and releasing chemicals into the air that contribute to global warming.

Efforts to ban fracking have largely failed at the state level. Governor Chris Christie signed a one-year moratorium on fracking in January 2012, but refused to impose a permanent ban. The moratorium has since expired and efforts to reinstate it have been unsuccessful. The Governor also vetoed legislation that would have prohibited treatment and disposal of fracking waste within the state. Accordingly, Highland Park has proceeded on its own and hopes more will follow.

For more information about the ordinance or the legal issues involved, we encourage you to contact a member of Scarinci Hollenbeck’s Government Law Group.