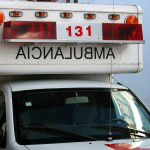 The New Jersey Supreme Court continues to shed light on the liability of New Jersey municipalities when it comes to their rescue squards. In a recent decision, the state’s highest court held that rescue squads that provide intermediate and basic life support services are not immune from suit, even though individual emergency medical technicians are.

Murray v. Plainfield Rescue Squad involved wrongful death claims against the Plainfield Rescue Squad brought by the family of a 25-year-old gun shot victim. The parents of Odis Murray alleged that the rescue squad’s failure to provide critical care to their son at the scene and/or quickly transport him to the hospital ultimately caused his death.

The question before the N.J. Supreme Court was whether the rescue squad was covered by N.J.S.A. 26:2K-29. The statute provides: “No EMT–intermediate, licensed physician, hospital or its board of trustees, officers and members of the medical staff, nurses or other employees of the hospital, or officers and members of a first aid, ambulance or rescue squad shall be liable for any civil damages as the result of an act or the omission of an act committed while in training for or in the rendering of intermediate life support services in good faith and in accordance with this act.”

After analyzing the plain language and legislative history of the statute, the N.J. Supreme Court found that the law does not provide immunity to a rescue squad as an entity.  The court noted in its opinion that lawmakers knew how to draft the statute so that it also applied to entities but failed to do so, as exemplified by other laws governing emergency response.

“The Squad would have us engraft onto the statute an immunity provision that the Legislature pointedly omitted,” Justice Barry Albin wrote. “That we cannot do.”