In a recent decision, the Appellate Division clarified when parties have standing to challenge a site plan approval. The appeals court ultimately concluded that the challengers lacked standing because they lacked an ownership interest or other financial interest in the neighboring property, which formed the basis of their claim of standing. 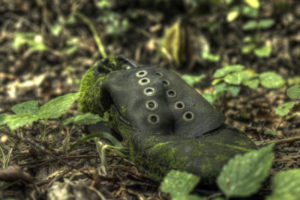 Before the Planning Board, Cherokee claimed to own adjacent property and objected to Goodman’s application on several grounds.  The Board approved the application, noting that the vacant property was in need of redevelopment, and that the project would generate approximately $6 million a year in taxes for the City of Linden and create approximately 3,000 jobs. The Board further found that the proposed project would have no impact on the neighboring property allegedly owned by Cherokee.

In the legal challenge that followed, the trial court found that Cherokee and Linden 587 lacked standing to challenge the site plan approval.  The court noted that, after having been the site of an industrial facility for many years, the property had been abandoned and classified as a Superfund site requiring extensive environmental remediation.

Cherokee maintained that it owns the neighboring property, based on a Quitclaim Deed executed on September 19, 2013, between Cherokee and Hanlin Group, Inc. (Hanlin). But Hanlin abandoned its interest in the property in a 1991 bankruptcy proceeding, and stated in the Deed that it was making “no promises and no representations” as to its ownership or title to the property. Linden 587 owns three tax liens on the neighboring property, all of which were acquired by an affiliate of Cherokee and assigned to Linden 587, which also holds three unredeemed tax sale certificates to the property.

In arguing that the plaintiffs lacked standing, Goodman, the applicant, alleged that Cherokee and Linden 587 were acting like “title raiders” and that they had no real interest in the neighboring property.

The Appellate Division affirmed the dismissal, agreeing that both Cherokee and Linden 587 lacked standing because they had insufficient interest at stake in the outcome of the Board’s approval of Goodman’s site plan application.

The Appellate Division rejected all of Cherokee’s arguments in favor of standing. As explained in the court’s opinion:

In short, the undisputed facts established that the Deed did not transfer title of the Neighboring Property to Cherokee, Cherokee does not have a financial interest in the Board’s approval of Goodman’s application, and Cherokee’s appearance and objection before the Board did not establish standing to bring an action in the Law Division.

The appeals court also agreed that Linden 587 had an insufficient interest in the neighboring property. In reaching its decision, the court acknowledged that the question of whether a holder of a tax lien or tax certificate has standing to challenge an adjacent property owner’s land use application is an issue of first impression in New Jersey. It ultimately concluded that Linden 587 did not have an existing property interest in the neighboring property.

“Linden 587 acquired the tax lien and certificates after the Board had conducted its public hearing. Thus, Linden 587 neither appeared before the Board nor filed any objection with the Board,” the court held. “Just as importantly, Linden 587 also had not foreclosed on the Neighboring Property, nor had it redeemed the tax certificates when it filed its complaint in lieu of prerogative writs,” it added.

For more information about the decision in Cherokee LCP Land, LLC v. City of Linden Planning Board or the legal issues involved, we encourage you to contact a member of Scarinci Hollenbeck’s Government Law Group.