In Larkins v. Solter, the Appellate Division recently affirmed the broad audit authority of the New Jersey Office of the State Comptroller (OSC). The appeals court held that the State Comptroller was not obligated to disclose his reasons for selecting the North Bergen District Board of Education (NBBOE) for a performance audit before commencing the audit. 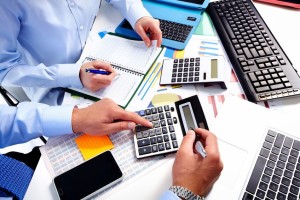 On March 31, 2015, a Director of the Audit Division in the OSC (the Audit Director) informed the Superintendent of the NBBOE that the OSC was analyzing whether to review the operations of school districts statewide, specifically those that received fifty percent or more of their fiscal year 2013 budgets from State aid. To determine whether to conduct the performance audit of the NBBOE, the Audit Director requested the NBBOE produce certain documents.

The NBBOE produced a majority, but not all of the requested information. On May 21, 2015, the Audit Director notified the Superintendent that he intended to conduct the performance audit of “selected fiscal and operating practices of the [NBBOE].” In response to questions from the NBBOE, as to why it was selected out of 70 school districts, the OSC explained that its goal was to sample a school district from an area in North Jersey and  from an area in South Jersey.

The NBBOE was not satisfied with that explanation and demanded to know why it was selected for audit as a condition of participating in the proceedings. The OSC subsequently sought an order to show cause requiring the NBBOE to cooperate with the audit. The trial court sided with the comptroller, and the NBBOE appealed.

The Appellate Division affirmed. It held that an auditee may not condition its cooperation and assistance on the State Comptroller first explaining why he selected the auditee for the performance audit.

“[W]e hold that the enabling statute [N.J.S.A. 52:15C-1 to -24] does not impose any such requirement” on the comptroller,” Judge Douglas Fasciale wrote on behalf of the panel. “To hold otherwise would undermine the purpose of the act, render meaningless an auditee’s unambiguous statutory obligation to provide full assistance and cooperation with any audit, and unduly delay the conduct of the audit.”

In reaching its decision, the appeal court highlighted that the plain text of the enabling statute which states that “unconditional cooperation by an auditee is essential to the comptroller fulfilling his statutory duties and responsibilities.” As Judge Fasciale plainly stated: “An auditee is … unambiguously required to fully cooperate and assist the state comptroller with any audit. Such cooperation and assistance is mandatory.”

For more information about the court’s decision or the legal issues involved, we encourage you to contact Michael A. Jimenez, Esq., Counsel of Scarinci & Hollenbeck’s Government Law Group.