The saga involving New Jersey’s Council on Affordable (COAH) has yet another chapter. The Appellate Division recently enjoined he seizure of any trust funds by COAH or the executive branch. It further held in In Re Failure of the Council of Affordable Housing Trust Fund Commitment Regulations that the courts would address the future disposition of the trust funds on a case-by-case basis. 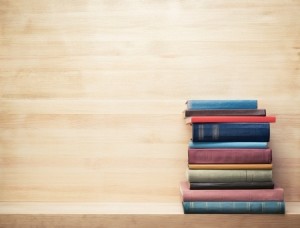 The 2008 amendments to the Fair Housing Act (FHA) provide: that COAH “may authorize a municipality that has petitioned for substantive certification . . . to impose and collect development fees from developers of residential property”; that “[a] municipality may not spend or commit to spend any affordable housing development fees . . . without first obtaining [COAH’s] approval of the expenditure”; and that COAH “shall promulgate regulations regarding the establishment, administration and enforcement of the expenditure of affordable housing development fees by municipalities.”

The FHA also mandates that all fees must be committed for expenditure within four years from the date of collection. In addition, a municipality that fails to commit to expend the balance within the timeframe is required to transfer the remaining unspent balance at to the New Jersey Affordable Housing Trust Fund. If not used within four years, the funds must then be transferred to the state.

The 2008 amendments required COAH to promulgate regulations to define when trust funds were considered to be “expended” or “committed for expenditure.” COAH failed to adopt regulations, and Gov. Chris Christie vetoed legislation to extend the four-year deadline for two years. Instead, the 2012 budget provided hat an amount not to exceed $200,000,000 from the Affordable Housing Trust Fund “shall be deposited in the general fund as state revenue.” To stop the state from seizing the trust funds and end the uncertainty regarding the regulations, the Fair Share Housing Center asked the court to intervene.

The Appellate Division granted the Fair Share Housing Center’s appeal and barred the state from engaging in any further attempt to seize affordable housing trust funds. In reaching its decision, the panel rejected COAH’s claims no regulations are needed and that the 2008 amendments provide sufficient clarity.

As noted in the opinion, “The 2008 amendments required COAH to promulgate regulations to define when trust funds are ‘committed.’ The statute did not say that COAH ‘may’ adopt regulations or that prior regulations were sufficient.”

Going forward, the court declined to interpret the legislative intent embodied by the 2008 amendments or establish procedures for suits yet to be filed. Rather, the Appellate Division ruled that disposition of the trust funds would be directed by the New Jersey courts on a case-by-case basis. More specifically, “the use and disposition of those funds will hereafter be decided, in the first instance, by Mount Laurel-designated trial judges.”