In a recent decision, the Appellate Division clarified who may be considered an “owner” of a dam for the purposed of compliance under the Safe Dam Act (“SDA”).

Upon enacting the SDA, the New Jersey Legislature noted “that the condition of many dams, lakes, and streams throughout the State has been deteriorating at an alarming rate due to a chronic lack of maintenance,” and “that these conditions have led to the collapse of dams, polluted lakes, stream flooding and property damage to homes, businesses, lake communities and public utilities.” 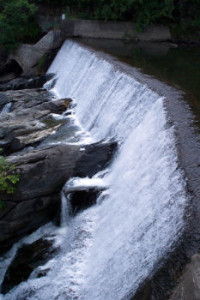 The SDA grants the Department of Environmental Protection (DEP) a broad range of regulatory and enforcement powers. It also imposes significant obligations upon an owner or person having control of a reservoir or dam, including the duty to implement all measures required by the SDA or its accompanying regulations, provide any reports or information requested by DEP, and implement any action ordered by the DEP to rectify unsafe conditions.

In New Jersey Department of Environmental Protection v. Alloway Township, the DEP filed a civil enforcement action alleging violations of the SDA by defendants William Cobb, the County of Salem, and Alloway Township (collectively, the defendants). The case revolved around the defendants’ involvement with the Cobb’s Mill Dam, a 288-foot earthen structure that forms a private lake, Cobb’s Mill Lake, located in the Township, and along the top of which runs a paved road. The trial court concluded that all defendants were “owners or persons in control of a dam or reservoir within the meaning of the [SDA]” and apportioned the costs of compliance among the three defendants: sixty-five percent to the County, twenty-five percent to Cobb, and ten percent to the Township.

On appeal, Cobb maintained that the SDA does not apply to him, the “mere owner” of the lakebed who has no authority to “‘control, operate or maintain'” the dam. The Township argued that since it never “maintained, managed, operated or controlled the structure,” it cannot be responsible for any violations of the SDA. The Township further asserted that the County should be solely responsible since it installed the dam and other structures appurtenant to the roadway, including a culvert for spill-off from the lake.

The Appellate Division affirmed the decision. In so doing, it overruled New Jersey Department of Environmental Protection v. Mercer County Soil Conservation District with respect to how the court construed the terms “owner or person having control of a reservoir or dam” as used in the SDA. According to the Court’s ruling in Mercer County Soil Conservation District, a person must have more than legal ownership of a dam or reservoir; rather, he also must have constructed or exercised some degree of control over the dam or reservoir, or have had the legal authority to exercise control.

However in Alloway Township the Appellate Division rejected this interpretation that the commonsense understanding of the word “owner” does not support it, the Court also noted that the “legislature intended the SDA to have the broadest possible remedial application and envisioned enforcement actions against multiple responsible parties.”

As further explained by the court:

The SDA compels compliance from “[a]n owner or person having control of a reservoir or dam.” N.J.S.A. 58:4-5(a)(emphasis added). A common-sense reading of this language indicates there are four classes of people who are subject to the statute: (1) dam owners; (2) reservoir owners; (3) those who control the dam; and (4) those who control the reservoir. It follows that if a party fits into any one of those categories, the commissioner may seek enforcement of the SDA against that person.

While the Court’s decision widens the scope of potential dam “owners,” it will also give the DEP greater clarity with respect to enforcement actions.