The Appellate Division of the New Jersey Superior Court has again invalidated the New Jersey Department of Environmental Protection’s (DEP) Public Access Rules, holding that  the agency has no authority over public access to beaches and other tidal waterways. An appeals court previously thwarted the DEP’s prior attempt at rule-making on this issue in 2008. 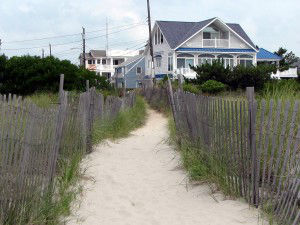 Hackensack Riverkeeper, Inc., and NY/NJ Baykeeper challenged the new public access rules, alleging that the DEP has again wrongfully commandeered the management of lands held in public trust and usurped powers reserved to the Legislature and/or local municipalities. The non-profits further argued that the Rules are not authorized by the Coastal Area Facility Review Act (CAFRA) or any other statute. In response, the DEP maintained that the Rules are authorized pursuant to the public trust doctrine, and the agency has been implicitly recognized as the proper governmental authority to manage lands held in public trust. Alternatively, the agency contends that the Rules are authorized under CAFRA. Finally, the DEP argued that the Rules encourage cooperation with municipalities in accordance with the Municipal Land Use Law (MLUL).

In Hackensack Riverkeeper, Inc. v. New Jersey Department of Environmental Protection, the Appellate Division held that the DEP again exceeded its authority. “The Rules must be stricken, and we invalidate N.J.A.C. 7:7-9.48, the public trust rights rule, and N.J.A.C. 7:7-16.9, the public access rule, as well as any other provisions of the regulations that rely upon those two sections,” Judge Carmen Messano wrote.

“Case law that has developed regarding the public trust doctrine, including those which have expanded its reach to privately-owned property, do not support DEP’s contention that the Legislature implicitly delegated regulatory powers to the agency,” the court added.

The court further concluded that while CAFRA’s permitting provisions might implicitly authorize limited portions of the Rules, their extensive scope exceeds any implied grant of legislative authority under the statute. “Any nexus between CAFRA’s general statutory purposes, its permitting processes and the Rules is limited at best, and it cannot justify the broad and pervasive regulatory regime imposed by the Rules taken as a whole,” Judge Messano wrote.

Lastly, the court held that the regulations authorization of  a municipal Public Access Fund, funded by permit applicants, is improper because the creation of the Fund would be an ultra vires exercise of municipal power. Furthermore, “While the MLUL could authorize adoption of a MPAP as part of a municipal master plan, the provisions of the MLUL that govern amendment of the master plan leave no room for DEP’s pervasive involvement in the process as set forth in the Rules,” the court concluded.