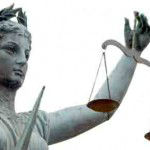 A recent decision by the Appellate Division clarifies the authority of a New Jersey mayor to authorize a layoff plan for municipal employees without first obtaining the consent of the township council. In Hillside Firemen’s Mutual Benevolent Ass’n v. Menza, the court held that a municipality operating under the mayor-council form of government may not require, by ordinance, that its mayor first obtain the council’s approval to adopt a layoff plan.

In June 2010, the mayor of Hillside submitted a municipal layoff plan to the town council that called for a reduction in police, fire, and public works employees. The council rejected the mayor’s plan and asked him to provide further budgetary information to justify the layoffs. Instead, the mayor submitted the plan to the State of New Jersey Civil Service Commission. The council and the firemen’s union subsequently challenged the mayor’s authority to act unilaterally.

The Chancery Court entered judgment orders in each of the two actions declaring that legal authority to initiate any layoff plan in Hillside Township is vested jointly in the mayor and the township council and that any layoff plan submitted to the Commission solely by the mayor was invalid. The Commission appealed.

The Appellate Division ultimately held that a municipality operating under the mayor-council form of government pursuant to the Optional Municipal Charter Law, N.J.S.A. 40:69A-1 to -210, more commonly known as the Faulkner Act, may not require by ordinance that its mayor obtain the council’s approval for a layoff plan pertaining to all municipal employees.

In reaching its decision, the court emphasized that the mayor-council form of government provides the major with broad powers, while limiting the authority of the town council. It further rejected the Chancery’s Court reading of the municipality’s local ordinance to mean that the approval of the township council is required to lay off municipal employees.

The court further interpreted the Faulkner Act to grant power to the mayor to make hiring and termination decisions as to “subordinate” municipal employees who are not employees of the township council itself. Moreover, the court held that “the Faulkner Act does not authorize a municipal governing body to adopt a binding local ordinance that alters that statutory grant of authority.”