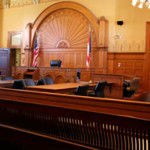 Under the New Jersey Tort Claims Act, the standard of liability applied to a public entity depends on whether it exercised discretionary decision-making or performed ministerial acts. In Henebema v. South Jersey Transportation Authority, the Appellate Division considered whether a judge or jury should resolve that threshold dispute.

The distinction under the NJ Tort Claims Act is important because a public entity is not liable for an exercise of discretion unless its actions were “palpably unreasonable.” Meanwhile, actions deemed ministerial in nature are held to the ordinary negligence standard.

The plaintiff, Janet Henebema, was injured on the Atlantic City Expressway during icy conditions. While she was not seriously harmed during the initial collision, she was tragically hit by another vehicle while she was standing outside of her vehicle on the Expressway. The second accident took place before troopers arrived on the initial accident scene and was one of several accidents on the same stretch of roadway during a short period of time.

Henebema subsequently filed an injury lawsuit against the state police and the South Jersey Transportation Authority (SJTA), alleging that they failed to respond to the initial accident in a timely fashion. At trial, the parties disagreed whether the defendants’ allocation of resources in response to the accidents was discretionary or ministerial, including decisions made regarding trooper dispatch, mutual aid requests, splitting troopers into separate vehicles, and towing procedures.

Even though the judge himself recognized that some of defendants’ conduct was discretionary in nature, the judge did not submit the factual dispute to the jury. On appeal, the defendants argued that the judge erred by failing to charge the jury on the palpably unreasonable standard, among other issues. It specifically argued that the judge “usurp[ed] the jury’s function in deciding whether the [nature of the predicate] acts in question were ministerial or discretionary.”

The Appellate Division agreed that that the jury instructions charging only ordinary negligence standards were “fundamentally deficient.” As explained by the court, “Immunity under the Act exists for discretionary activities unless a public entity’s actions were palpably unreasonable. And ordinary negligence principles apply for a public entity’s performance of ministerial functions.”

With regard to the role of the judge and jury, the court noted that the parties introduced conflicting evidence regarding whether the defendants had the discretion to determine, in the face of competing demands, how to apply their existing resources. “The record contains evidence that defendants ‘consciously considered’ the action they took that night in light of conflicting or competing demands where resources were obviously pushed to the limit.  This is especially so with regard to whether to split up the troopers and accept mutual aid,” the opinion stated.

The Appellate Division further pointed out that the court previously addressed in dicta the need to submit disputed predicate facts regarding the discretionary or ministerial nature of a public entity’s actions to a jury. In DelTufo v. Township of Old Bridge, 278 N.J. Super. 312 (1995), the court stated that “if the critical question were whether the failure of the police to provide immediate medical assistance was the result of a discretionary decision, the trial court would have had to submit that issue to the jury.”

In this case, the court concluded that the judge should have submitted the disputed facts to the jury and let them determine whether the actions were ministerial or discretionary. Accordingly, it remanded the case for a new trial.