In C.G. et al v. Winslow Township Board of Education, a New Jersey court held that initials and docket numbers were properly redacted from settlement agreements under the Open Public Records Act (OPRA). The case involved the interplay of OPRA and the Family Educational Rights and Privacy Act, a federal statute which protects the privacy of student records.

Plaintiffs C.G. and R.G. are the parents of C.G., a disabled student within the defendant Winslow Township Board of Education’s (Board) school district. Defendant Tyra McCoy-Boyle serves as designated records custodian for the Board. In 2012, the plaintiffs filed a due process petition with the Office of Special Education, which was later resolved through settlement. Prior to the settlement, the plaintiffs’ attorney made a number of OPRA requests. Of interest to this case, the plaintiffs sought “any settlements of any claims made on behalf of students entered into by the Winslow Township Board of Education within the last five years.” 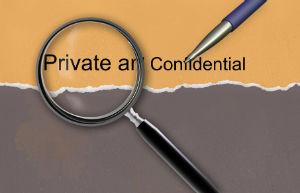 After the Board denied the request, the plaintiffs filed suit, alleging violations of their right to access under OPRA. With regard to the settlement agreements, the court ordered defendants to disclose “copies of agreement(s) to settlement claims made on behalf of students, entered into by the Winslow Township Board of Education for the time period [of] August 29, 2010 to and including, August 29, 2013.” Defendants were also ordered to redact the foregoing documents “to the extent necessary to exclude direct and indirect references to the students involved.”

The question before the court was whether the initials in place of proper names and docket numbers on the settlement agreements must be disclosed. The Board argued that Family Educational Rights and Privacy Act of 1974 (FERPA) and the the New Jersey Pupil Records Act (PRA) preclude it from disclosing parents’ and students’ initials in response to OPRA requests, arguing that the laws attach a reasonable expectation of privacy to qualifying student records as a matter of law.

The court sided with the Board on both issues. It held that initials contained within government records, when produced by educational institutions, may be properly redacted. According to the court:

Initials, standing alone, may permit a reasonable person in the school community to identify the student to whom they are assigned with reasonable certainly. This could be magnified, for example, depending on the size of the school community, the availability of student rosters, and other factors. Even where multiple students may share common initials, other information contained within documents bearing such initials may permit one to narrow the field of possible students (e.g. if a gender, grade, or age, is assigned to the initials in a complaint).  Under these facts, the initials plaintiffs seek are exempt from access under OPRA.

The court also held that the docket numbers were also appropriately redacted by defendants. As the opinion explained:

Although, perhaps they alone would not reveal a student’s identity, an individual using them in combination with other documents obtained through a docket search could very well help form the link FERPA seeks to prevent.  Again, that law forbids disclosure of information that is not only “linked” to a specific student, but merely “linkable” as well.  These are not terms commensurate with a desire to afford only bare protection for educational records. For these reasons, defendants shall not reveal docket numbers contained within the settlement agreements produced.

The court further held that the records were also properly redacted in compliance with the Pupil Records Act, which also governs the disclosure of student records.