In 388 Route 22 Readington Realty Holdings, LLC v. Township of Readington, the New Jersey Supreme Court addressed the circumstances under which a municipality may exercise its discretion to repurchase unused sewer capacity. While the state’s highest court ultimately upheld the sewer ordinance, it concluded that its blanket policy of not recapturing unused sewer capacity improperly limited development. 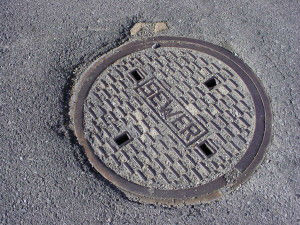 In 1999, the Readington-Lebanon Sewerage Authority (Authority) began to expand its plant capacity. To finance its access to the increased capacity, the Township of Readington sold the unused capacity on the private market. Each landowner purchasing future sewer capacity entered into a sewer allocation agreement with the Township.

The Township also enacted an ordinance that established a methodology for allocating sewer capacity to landowners as well as recapturing unused capacity. Pursuant to the ordinance, in the case of those development projects which have not received approval by the appropriate Township board having jurisdiction at the time a request for gallonage is made, allocation agreements shall provide that if the applicant does not make formal application to the appropriate Township board within two years of approval of the allocation, then the Township Committee may, in its discretion, terminate the agreement. The ordinance also provides that if within two years after preliminary approval, construction has not commenced, the Township Committee may, at its discretion, terminate the agreement.

388 Route 22 Readington Realty Holdings, LLC sought to develop property in the Township, but its septic tank did not have the capacity to process the expected wastewater. Accordingly, it requested that the Township recapture sufficient sewer capacity to allow its construction project to proceed. Consistent with its policy of not repurchasing capacity, the Township declined to do so. The plaintiff filed suit, alleging that the municipal ordinance addressing the allocation of sewer capacity, was invalid either on its face or as applied by the Township.

In the lawsuit that followed, the trial court affirmed the validity of the ordinance. However, it further determined that the Township’s blanket policy of not recalling unused sewer capacity violated the New Jersey Supreme Court’s decision in First Peoples Bank v. Township of Medford, 126 N.J. 413, 420-21 (1991), which held that a “[t]ownship must retain sufficient control to assure that sewer permits are either used or repurchased so that others may use them.” As a remedy, the trial court ordered that the Township undertake, within ninety days, a review of the unused sewer capacity listed by plaintiff and provide a reasoned basis for not recapturing that capacity. The Appellate Division reversed, and the plaintiff appealed.

The New Jersey Supreme Court agreed with the trial court. It held that a “blanket policy of not recapturing unused sewer capacity is the functional equivalent of a moratorium on development.” Accordingly, it ordered the Township to perform a detailed analysis of the unused capacity in the hands of private parties and to explain whether any of that capacity can be recalled.

With regard to the ordinance itself, the court held that it provides adequate standards to guide the exercise of municipal discretion when considering the repurchase of permits, noting that the ordinance sets temporal limits on the right of a property owner to keep unused sewer capacity and provides that an allocation agreement may be extended for good cause. As further explained by the court:

This ordinance, as written, in no way suggests that the Township as a matter of law has delegated its authority to control land use — and more specifically to control access to sewer capacity — to private parties. The ordinance suggests that access to sewer capacity is to be managed by the Township Committee for the general welfare of the community.

With regard to the validity of the ordinance as applied, the state Supreme Court agreed with the trial court that the Township’s obligation to terminate agreements, when appropriate, was not dependent on whether plaintiff could “beg, borrow or cadge capacity from others.” According to the justices, “[T]he Township’s no-buy-back policy has rendered the ordinance toothless, and, as the trial court determined, ‘functioned as a de facto moratorium on any development which requires sewerage.’”

Going forward, the NJ Supreme Court ordered the Township to determine whether any unused capacity can be recaptured to satisfy the plaintiff’s development needs.

It outlined the following factors that should taken into account when exercising its discretion: (1) the length of time a landowner has possessed unused sewer capacity, (2) the development plans of the landowner to tap some or all of the unused capacity and the imminence of that happening, (3) the complexity of the development project and the importance of the project to the community, (4) whether the economy has retarded economic development, (5) proposed development projects by others that cannot proceed because of unavailability of sewer capacity and the importance of those projects to the community, and (6) any other relevant factors.