In AHS Hospital Corp d/b/a/ Morristown Memorial Hospital v. Town of Morristown, the New Jersey Tax Court found that Morristown Memorial Hospital, under its current method of operation, fails to satisfy the criteria for property tax exemption as set forth in N.J.S.A. 54:4-3.6. The precedential decision is expected to have significant implications on the applicability of property tax exemptions for not-for-profit hospitals across the state of New Jersey. 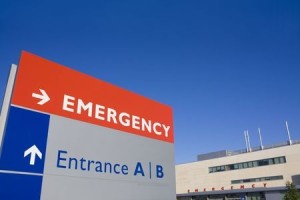 N.J.S.A. 54:4-3.6 grants a property tax exemption for property “used in the work of associations and corporations organized for hospital purposes” as long as such property and “the associations, corporations or institutions using and occupying them . . . are not conducted for profit.”

The case represented the first time a New Jersey municipality challenged a non-profit hospital’s entire property tax exemption. After a series of prior court rulings, the issue before the Tax Court in the current case was whether the primary areas of the hospital are conducted for profit.

As detailed in court documents, AHS Hospital Corp. (AHS) generated revenue in excess of one billion dollars during the years in question. Its larger corporate structure included both non-profit and for-profit companies, many of which were interrelated via shared revenues, expenses, and corporate officers.

The property at issue has a 1.1 million square foot campus providing a comprehensive range of hospital services. There are 700 beds, which include 385 surgery beds and 50 beds for neonatal and obstetric care. Prior to the years at issue in the litigation (2006-2008), the property was exempt from property taxes pursuant to N.J.S.A. 54:4-3.6.

The Tax Court held that almost all of the hospital property is subject to taxation. Exceptions included an auditorium, employee fitness room, and visitors’ garage, all of which the court found were not used for profit.

In reaching its decision, the court noted that an organization claiming an exemption can have exempt and non-exempt uses occurring on its property “so long as the two purposes can be separately stated and accounted for and so long as the non-exempt use is never subject to the property tax exemption.” However, in this case, the court found it impossible to make a distinction between profit and non-profit activities in a variety of key areas.

For instance, the court found that for-profit physician groups and private physicians, which were able to retain the revenue they generated, operated throughout the property. The court also found that the physician contracts entered into by the hospital and its employed physicians, which included incentives, demonstrated a profit-making purpose.

The court also found that AHS failed to establish that its executives’ salaries were reasonable and not excessive. Overall, the court noted that non-profit hospitals have evolved into “labyrinthine corporate structures, intertwined with both non-profit and for-profit subsidiaries and unaffiliated corporate entities.”

With regard to whether any New Jersey non-profit hospitals would meet the eligibility requirements for a tax exemption, the Tax Court stated the following:

[I]f the property tax exemption for modern non-profit hospitals is to exist at all in New Jersey going forward, then it is a function of the Legislature and not the courts to promulgate what the terms and conditions will be. Clearly, the operation and function of modern non-profit hospitals do not meet the current criteria for property tax exemption under N.J.S.A. 54:4-3.6 and the applicable case law.

Accordingly, New Jersey municipalities may have a new source of tax revenue to consider in light of the court’s decision.