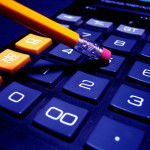 Under New Jersey’s Open Public Records Act (OPRA), a requestor who prevails in any proceeding brought under the law is entitled to a reasonable attorney’s fee. The Appellate Division recently clarified what happens when a party only achieves limited success in a lawsuit.

Wolosky v. Sparta involved an OPRA request to the Township of Sparta for copies of the minutes of the closed or executive session meetings held by Township’s Council as well as certain memos submitted by the Townships manager to the Council. After the Township provided redacted documents in responses to the OPRA request, the requester, Jesse Wolosky, filed a denial-of-access complaint with the Government Records Council. After an in camera review, the GRC ultimately disapproved three of the seventy-one redactions and ordered the Township to disclose the redacted statements.

The GRC determined that because Wolosky was the prevailing party, he was entitled to a reasonable attorney’s fee. On appeal, the Township argued that Wolosky did not truly “prevail” and, therefore, was not entitled to a full fee.

The Appellate Division first considered whether Wolosky was entitled to an attorney’s fee in the first place. Under existing precedent, an attorney’s fee is authorized if the requestor obtains a judgment or enforceable consent decree in an OPRA proceeding, or if the litigation is the catalyst for the relief ultimately achieved. Mason v. City of Hoboken, 196 N.J. 51, 76 (2008) (citing Singer v. State, 95 N.J. 487, 494 (1984)).

Here, the court found that because Wolosky secured some of the relief he sought in his denial-of-access complaint, he was a prevailing party entitled to “a reasonable attorney’s fee” under OPRA.

With regard to the actual fee awarded, the court acknowledged that when a party only achieves limited success in a lawsuit, the award of an attorney’s fee based on the lodestar may not be reasonable. Therefore, “the court or agency awarding an attorney’s fee in an OPRA proceeding must determine whether the time counsel devoted to the matter was ‘reasonable in relation to the actual relief obtained.’”

Factors to be considered in an OPRA case include the “number of documents received versus the number of documents requested, and whether the purpose of OPRA was vindicated by the litigation,” the court noted. Other factors enumerated in the New Jersey Disciplinary Rules of Professional Conduct should also be taken into account, including the novelty of the issues involved, the time and labor required, and whether the attorney was precluded from handling other matters due to his or her involvement in the case.

In this case, the Appellate Division concluded that the GRC erred by failing to reduce the attorney’s fee. The court specifically found that the “GRC failed to reduce the lodestar to substantially reflect the limited success that Wolosky achieved on his complaint.”

It highlighted that the GRC upheld 68 of the Township’s 71 redactions, indicating that Wolosky obtained very limited success. “Furthermore, the issues raised were not novel, the time that counsel devoted to the litigation was minimal, and counsel’s involvement in this proceeding would not have precluded him from taking on other work,” the court added.

For more information about this case or New Jersey’s Open Public Records Act, we encourage you to contact a member of Scarinci Hollenbeck’s Public Law Group.