The New Jersey Legislature has approved legislation to reform the Police and Fire Retirement System (PFRS) by transferring management to a Board of Trustees. The PFRS bill now awaits consideration by Governor Phil Murphy. 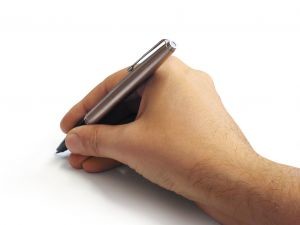 To represent the interests of local government employers, the Governor will appoint four trustees, who either hold or have held an elective local public office or are employed, or have been employed, by a local government entity as an administrator, manager, or chief financial officer. The Governor will also appoint one trustee, who holds, or has held, a position in the Executive Branch at the level of division director or above, to represent the interests of State government.

S-5/A-3671 vests with the PFRS Board of Trustees all the functions, powers, and duties relating to the investment and reinvestment of money in any fund or account under the control of the Board. Under the Bill, the Board may make and execute agreements with public and private enterprises for the management of the investments of the retirement system. The Bill requires the Board hire an executive director, actuary, chief investment officer, ombudsman, and internal auditor, as well as retain experienced legal counsel.

Under the proposed legislation, the PFRS Board of Trustees is authorized to establish a process for the review, approval, and appeal of applications for retirement. The Bill also provides the Board with authority to modify the system’s member contribution rate; cap on creditable compensation; formula for calculation of final compensation; and standards for special retirement and disability retirement. At least eight votes of the authorized membership of the Board are required to approve any enhancement or reduction of a member benefit, including the activation of the now-suspended cost of living adjustment for retirees.  Additionally, eight votes are required to approve any increase or decrease in the employer contribution that is greater than what the actuary recommends for the system.

The Conference of Mayors (NJCM), the Association of Counties (NJAC), and the New State League of Municipalities (NJSLOM) oppose the Bill in its current form.  They have proposed the followingamendments:

It is unclear if Governor Murphy will sign the legislation. Treasurer Elizabeth Maher Muoio told the media that she expects the Governor will closely examine the impact of the proposed legislation on some of the overall pension system’s complex investments.

“We need to evaluate; some of those assets that are in those funds are not liquid, and the fact that we may have to liquidate them could end up costing all of the funds a significant amount of money, and we have a fiduciary duty to sort of look after all of our pension funds,” Muoio said. “That will have to be looked at, I guess, and the governor I assume is going to be doing that now,” she added.

For more information about proposed bill or the legal issues involved, we encourage you to contact a member of Scarinci Hollenbeck’s Government Law Group.