New Jersey lawmakers are currently considering legislation that would expand municipal authority to license rental of real property. Assemblyman John Burzichelli proposed the bill (A-4764) in the wake of the Appellate Division’s recent decision in Timber Glen v. Township of Hamilton. 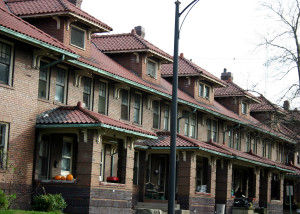 As previously discussed on this blog, the Appellate Division concluded that the township’s ordinance, which required the registration and licensing of apartment units, fell outside the authority granted to municipal governments under the Licensing Act. Accordingly, it held that the ordinance was invalid as ultra vires and unenforceable.

In reaching its decision, the appeals court concluded that the authority granted by the State to license rental properties is circumscribed by the provisions of the Licensing Act, adopting a narrow interpretation of the statute’s licensing provisions regarding rental housing. As explained by the court: “We conclude the Legislature chose to limit municipal licensing authority to short-term lease arrangements. If that interpretation is incorrect, the Legislature will act to provide further clarification.”

As interpreted by the court, current law only authorizes municipalities to license and regulate commercial and residential leases of less than 175 days. Under the proposed measure, the authority would be expanded to all rentals of real property, regardless of duration.

The bill has garnered the support of the New Jersey State League of Municipalities, which stated: “Local government’s inability to regularly inspect most residential units raises serious health and safety issues for local residents. And while some larger units are subject to the Hotel and Multiple Dwellings Law (HMDL) inspection every five years, all smaller units are not.” The NJSLOM statement further noted that “experience has proved that health and safety issues can arise, even in larger units, between mandated HMDL inspections.”

We will continue to track the status of the bill and post updates as they become available.