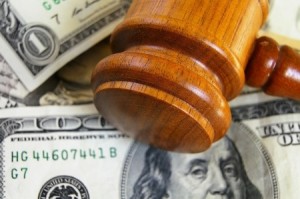 Michelle Moody sued the Atlantic City Board of Education (Board) for sexual harassment and retaliation pursuant to Title VII of the Civil Rights Act and the New Jersey Law Against Discrimination (NJLAD). In November 2011, the Board approved Moody’s hiring as a substitute custodian. As a substitute custodian, Moody filled in for full-time custodians but was not guaranteed any work. During the 2011-2012 school year, Moody was rarely scheduled to work. In the summer of 2012, a Board employee suggested that Moody introduce herself to the custodial foremen at the schools within the district in order to obtain more work. Each school had a custodial foreman who was delegated the authority to select which substitute custodians worked at the school.

Moody claims that, around the end of October 2012, Marshall began making sexual comments to her and told her that he would assign her more hours if she performed sexual favors for him. Believing her job was threatened, Moody reluctantly gave into Marshall’s unwanted sexual advances and had sex with him. However, she later informed Marshall that it would not happen again. Thereafter, Moody contends that Marshall began restricting her hours in retaliation for her refusal to pursue a sexual relationship. At the same time, a new female substitute custodian began receiving increased hours at the New York Avenue School.

Pursuant to  Vance v. Ball State Univ., 133 S. Ct. 2434, 2442 (2013), an employee is a supervisor for purposes of respondeat superior liability pursuant to Title VII if he or she is “empowered by the employer to take tangible employment actions.” A “tangible employment action” is defined as “a significant change in employment status, such as hiring, firing, failing to promote, reassignment with significantly different responsibilities, or a decision causing a significant change in benefits.”

The Third Circuit reversed. “Because Marshall was empowered to determine whether Moody worked at New York Avenue School, which had a direct impact on her pay, and the record reveals no one else provided supervision, the District Court erred in concluding Marshall was not her supervisor,” the court held.

The Third Circuit relied on the Supreme Court’s decision in Vance to determine that Marshall was Moody’s supervisor for whose conduct the Board may be liable. As the court explained:

Marshall was Moody’s supervisor because (a) the Board empowered him as the custodial foreman to select from the list of substitute custodians who could actually work at New York Avenue School; (b) the Board conceded that while Moody was on school premises, Marshall served in a supervisory role; (c) the record identifies no other person who was present full time or even sporadically on the school’s premises, or anywhere for that matter, who served as Moody’s supervisor; and (d) since Moody’s primary benefit from her employment was hourly compensation, and since Marshall controlled 70% of her hours, his decision to assign or withhold hours significantly affected her pay.

The Third Circuit then turned to the Board’s argument that, even if Marshall was Moody’s supervisor and he harassed her, it would not be liable for his conduct because it exercised reasonable care to prevent and promptly correct any harassing behavior.

The affirmative defense, known as the Ellerth/Faragher defense, is available only where the plaintiff did not experience a “tangible employment action.” Because the Third Circuit found there are disputed facts concerning whether Marshall took a tangible employment action against Moody, and the answer to that question determined whether the Board may invoke the Ellerth/Faragher defense, the Third Circuit vacated the District Court’s order granting summary judgment in the Board’s favor on Moody’s hostile work environment claim. It then remanded the case for further proceedings.

The Third Circuit’s decision highlights that school districts may be held liable for the misconduct of lower-level employees who may still be considered supervisors. Under the Third Circuit’s application of Vance, employees who are authorized to determine the hours worked by other employees may be considered “empowered by the employer to take tangible employment actions” and, therefore, trigger respondeat superior liability.

For more information about the court’s decision in Moody v. Atlantic City Board of Education or the legal issues involved, we encourage you to contact a member of Scarinci Hollenbeck’s Government Law Group.