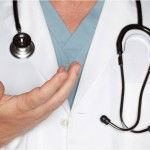 Celebrity doctor Mehmet Oz recently won a New Jersey zoning dispute with his next-door neighbors in Cliffside Park. The suit also named the Borough of Cliffside Park and several of its officials. The Appellate Division held that the neighbor, Angelo Bisceglie Jr., failed to exhaust his administrative remedies before filing his action in lieu of prerogative writs.

The dispute between the neighbors centered on Oz’s landscaping plan related to the construction of a pool and guesthouse. After the plans were approved, Bisceglie raised concerns with a number of borough officials. However, he never appealed to the Cliffside Park Zoning Board of Adjustment (Board).

In accordance with the plan, Oz planted three cedar pine trees, which partially obstructed Bisceglie’s view of the New York City skyline and the Hudson River. Bisceglie filed an action in lieu of prerogative writs against Oz and the Borough of Cliffside Park claiming that the trees constituted a “fence” in violation of the borough’s fence ordinance. Judge Menelaos W. Toskos dismissed the action for failure to exhaust administrative remedies and Bisceglie appealed.

The Appellate Division affirmed the dismissal, citing Rule 4:69-5. It states that actions in lieu of prerogative writs are not “maintainable as long as there is available a right of review before an administrative agency which has not been exhausted.”

The Court also acknowledged that the rule allows a trial court to waive the exhaustion of administrative remedies requirement where “it is manifest that the interest of justice requires otherwise.” However, the Appellate Division rejected the argument that the rule is absolute, noting that decisions must be made on a case-by-case basis with “a strong presumption favoring the requirement of exhaustion of remedies.”

In this case, Bisceglie argued that there was no need to appeal the approval of defendants’ landscaping plans to the Board because the interpretation of a zoning ordinance is purely a legal issue, citing Supermarkets Oil Co. v. Zollinger, 126 N.J. Super. 505 (App. Div. 1974). However, the court concluded that the plaintiff’s reliance on the case was misguided.

The Appellate Division further held that the instant case involved both the interpretation as well as the application of the ordinance, noting “it is not simply whether ‘trees’ fall within the legal definition of a ‘fence’ under the ordinance.” Rather, factual considerations such as the size of the trees, the positioning, the use and placement, the purpose behind their planting, and any other factors that make the trees more or less likely to be considered a “fence” must be taken into account, the court stated.