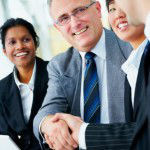 As we previously discussed on this New Jersey Government & Law Blog, Weinberg’s previous effort to amend the law stalled in December just short of a final Senate vote. In addition to creating greater transparency and public access, the amendments are intended to reflect changes in the way public officials communicate with each other and their constituents.

While SB-2511 largely tracks the prior bill, there are several changes worth highlighting. Below is a brief summary, curtsey of the New Jersey League of Municipalities:

For more information about how the proposed changes may impact your municipality’s operations, we encourage you to contact a member of Scarinci Hollenbeck’s Public Law Group.