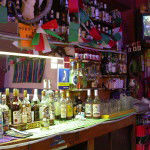 Liquor licenses have the potential to cause legal headaches for municipalities and liquor licensees’ alike. In Polish People’s Home, Inc. v. Municipal Board Of Alcoholic Beverage Control Of The City Of Passaic, the Appellate Division clarified when a liquor license can be suspended for failing to operate the licensee’s establishment in an orderly manner.

Following reports of a fight between two patrons exiting the establishment, the Alcoholic Beverage Control Board of the City of Passaic (Board) issued a notice to the Polish People’s Home, Inc. (PPH) charging that it had violated N.J.A.C. 13:2-23.6. The statute provides: “(a) No licensee shall engage in or allow, permit or suffer on or about the licensed premises: 1. Any lewdness or immoral activity or 2. Any brawl, act of violence, disturbance, or unnecessary noise; (b) Every licensee shall operate its business in an orderly and lawful fashion, so as not to constitute a nuisance. A licensee’s responsibility under this subsection includes the conduct of the licensee, its employees and patrons, if such conduct is contrary to the public health, safety and welfare.”

Since it was PPH’s second violation, the Board suspended its New Jersey liquor license for 60 days. PPH subsequently appealed to the Director of the Division of Alcoholic Beverage Control, in the New Jersey Department of Law and Public Safety. The Director agreed with the findings of an Administrative Law Judge (ALJ) to whom the matter was referred. She found that the evidence, which included a detailed police report, established that the parties involved in the altercation were PPH’s patrons, and the “disturbance, nuisance, brawl and or act of violence” that occurred on PPH’s premises constituted a nuisance in violation of N.J.A.C. 13:2-23.6(b). PPH further appealed, arguing that it should not be held liable for the conduct of the patrons.

The Appellate Division agreed that there was sufficient credible evidence in the record to support the Director’s finding that PPH did not operate its business in an orderly manner. It further held that the conduct described in the police report constituted a nuisance under N.J.A.C. 13:2-23.6(b) for which PPH is responsible.

As with any final determination of an administrative agency, the court noted that it was required to consider: (1) whether the agency’s action violates express or implied legislative policies, that is, did the agency follow the law; (2) whether the record contains substantial evidence to support the findings on which the agency based its action; and (3) whether in applying the legislative policies to the facts, the agency clearly erred in reaching a conclusion that could not reasonably have been made on a showing of the relevant factors.

However, the panel also explained that it was “required to accord ‘substantial deference’ to a determination of the Director of the Division enforcing the State’s regulations on the sale of alcoholic beverages.” The court states that “because the State’s regulation of liquor is ‘a subject by itself,’ we cannot indiscriminately apply principles we otherwise apply when we review actions of administrative agencies.”

In ultimately rejecting PPH’s arguments, the court found that “the regulation makes clear that a licensee’s responsibility includes its conduct, as well as the conduct of its employees and patrons, ‘if such conduct is contrary to the public health, safety and welfare.’” As for the facts of this case, the court highlighted that the altercation occurred as the patrons were exiting PPH’s establishment and involved one patron punching another person with a closed fist, causing that individual to sustain personal injuries. The court further noted that the incident required police intervention and resulted in the filing of criminal charges.

For more information about this case or to discuss questions regarding alcohol licensing, we encourage you to contact a member of Scarinci Hollenbeck’s Public Law Group.