Homework matters, even in baseball. The Appellate Division recently held that a local school board could not be held liable for the injuries suffered by Tenafly mother, who was struck by a baseball while attending her son’s game. The decision in Brigante v. Tenafly Board of Education addresses when a public entity can be held liable for injuries caused by a “dangerous condition” under the Tort Claims Act. In upholding the lower court’s grant of summary judgment for the town, the Appellate Division concluded that the plaintiff’s expert had not identified a standard by which to judge if the ball field was in a dangerous condition and therefore she had not met her burden of proof to establish liability. 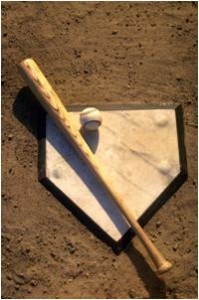 Plaintiff Linda Brigante went to Tenafly High School to watch her son’s freshman baseball game. As she sat in the bleachers during the warm-up, she was struck on the left side of her face by an errant ball thrown by Tenafly’s second baseman. Brigante subsequently filed a personal injury suit against the Tenafly Board of Education. In support of her case, she provided an expert report, which concluded that the baseball field’s fencing was inadequate, there was no designated warm-up area and no posted warnings, all of which violated the standard of care.

As highlighted by the Appellate Divison, the plaintiff was required to prove: the existence of a “dangerous condition”; that the condition proximately caused the injury; that it “created a reasonably foreseeable risk of the kind of injury which was incurred”; that either the dangerous condition was caused by a negligent employee or the entity knew about the condition; and that the entity’s conduct was “palpably unreasonable.” Vincitore v. N.J. Sports & Exposition Auth., 169 N.J. 119, 125 (2001).

“Although the expert’s report is lengthy, it is patently clear that he never identifies an actual standard for when a ball field is dangerous for purposes of the Tort Claims Act. In addition to relying on unidentified standards found on the Internet, the report itself is internally inconsistent, providing in one place that the standard is an 8-foot fence and in another that 10 feet is required,” the panel noted.

The Appellate Division further concluded: “Because the expert’s conclusions are not supported by factual evidence or other data, the ‘net opinion’ rule forbids admission of the report.” Accordingly, the panel held that the plaintiff was unable to carry her prima facie burden of establishing that the ball field was in a dangerous condition and that the failure to protect plaintiff from the second baseman’s errant throw was palpably unreasonable.