In Scoblink-O’Neill v. Local Finance Board, the Appellate Division recently concluded that the former Mayor of the Borough of Haddon Heights did not violate New Jersey’s Local Government Ethics Law when he facilitated the appointment of his personal attorney as borough counsel. 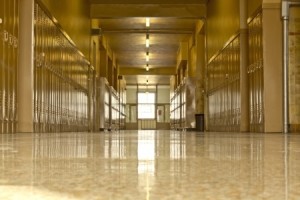 Susan Scoblink-O’Neill filed an ethics complaint against the then-Mayor of the Borough of Haddon Heights, Scott M. Alexander. It alleged that the Mayor had violated the Local Government Ethics Law (N.J.S.A. 40A:9-44.5(d)) by proposing and supporting the appointment of Robert Gleaner, Esq., as the Borough’s Solicitor in 2009, at a time when Gleaner represented the Mayor in a private family law matter.

In response, the Mayor acknowledged that he and Mr. Gleaner had discussed the possibility of conflicts with his representation of the Mayor’s family law matter and the execution of the duties of being Borough Solicitor. The Mayor further stated that Mr. Gleaner provided him with Opinion 665 of the Advisory Committee on Professional Ethics of the New Jersey Supreme Court, which was decided in December of 1991. The opinion states that a municipal attorney’s representation of a municipal official in a private matter is not per se prohibited, but that such representation may not be undertaken where the “municipality might be affected directly or indirectly [.]”

On January 28, 2013, the Local Finance Board (LFB) dismissed the complaint. It concluded that the business relationship between the Mayor and Mr. Gleaner was “too tenuous to constitute a prohibit[ed] involvement” and could not “reasonably be expected to impair” the Mayor’s “objectivity or independence of judgment.” Scoblink-O’Neill appealed, arguing that the Mayor’s appointment of “his personal lawyer to the position of municipal attorney,” created the “appearance of a conflict of interest” which had the “potential to impair his objectivity or independence of judgment” in violation of the Local Government Ethics Law.

The Appellate Division affirmed the LFB’s decision, agreeing that the relationship between counsel and the Mayor was “too tenuous” to support a violation of N.J.S.A. 40A:9-44.5(d).

In reaching its decision, the court highlighted that appointment of Mr. Gleaner as the Borough Solicitor for the municipality was made by the Borough Council, which likewise reviewed and approved his invoices without any vote by the Mayor. Moreover, the court concluded that “[n[othing in the record remotely suggests that the private family law matter that arose between the Mayor and his former wife affected or implicated any public interest pertaining to the municipality.”