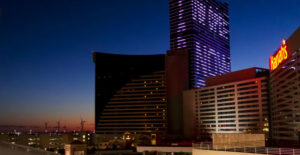 Plaintiff Harry Scheeler (Scheeler), a New Jersey open government activist currently living in North Carolina, filed an OPRA request seeking records relating to the January 8, 2015 arrest of Andrew Flinchbaugh (Flinchbaugh), a local journalist. The Ocean County Prosecutor’s Office (OCPO), which arrested Flinchbaugh, denied Scheeler’s request. The OCPO initially denied access on the basis that the records were exempt from OPRA as a part of an ongoing investigation. It also claimed the records were exempt as a result of a pending settlement between it and Flinchbaugh.

Scheeler subsequently filed suit. After the Order to Show Cause was filed, the parties settled their dispute relating to the production of the requested documents. However, the issue of attorney fees and costs remained unresolved. In response to the plaintiff’s request, the OCPO maintained that Scheeler does not have standing to bring this action because he is not “a citizen” of the State of New Jersey.

With regard to statutory construction, the court cited the use of the term “person,” which is broader than the term “citizen.” “In the court’s view, the language of OPRA is clear and unambiguous. Access to public records under OPRA is not limited to New Jersey ‘citizens.’ If the Legislature intended to do so it could have, as the Virginia Legislature did, incorporating that term in the statute’s operational provisions,” the opinion states.

The court also noted that OPRA must be interpreted in favor of the public’s right to access. As Judge Troncone further explained:

It is clear that taken to its logical conclusion, the position advanced by [the prosecutor’s office] would leave many parties who have a legitimate need to access to public records without recourse. For example, a non-resident property owner and taxpayer could not obtain public records affecting his property; the out-of-state motorist involved in an accident would be unable to access documents from law enforcement officials relating to the incident; and a newspaper, published in a neighboring state but circulated in New Jersey, investigating a claim of alleged official misconduct or corruption would be barred from obtaining public records. Clearly, all of these parties have a real and legitimate interest in obtaining those records but, under [the prosecutor’s office’s] overly restrictive view of the reach of OPRA would be prevented from doing so. This would clearly frustrate the intent and purpose of the statute.

Other Superior Court judges have reached differing conclusions on the OPRA standing issue, and the cases are currently being appealed. When the Appellate Division weighs in, we will post an update.