U.S. Supreme Court Justice Neil Gorsuch is not the only vocal critic of the Supreme Court’s 1984 decision in Chevron v. Natural Resource Defense Council. In a recent decision, a judge sitting on the Third Circuit Court of Appeals raised concerns about the appeal court’s reliance on Chevron deference to resolve an employment dispute. 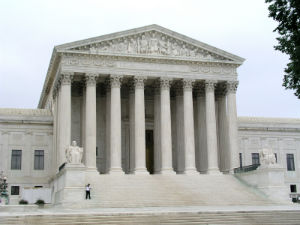 Joseph Egan filed an employment suit against the Delaware River Port Authority. Egan alleged that the Port Authority discriminated against him in violation of the Age Discrimination in Employment Act (ADEA), and the Americans with Disabilities Act (ADA), and retaliated against him for exercising his right to take leave under the Family and Medical Leave Act (FMLA). A jury found that he was not the victim of discrimination or retaliation. In his appeal, Egan maintained that the District Court erred by, among other things, declining to give a mixed-motive jury instruction in connection with his FMLA claim.

In considering the appeal in Egan v. Delaware River Port Authority, the Third Circuit examined 29 C.F.R. § 825.220(c), in which the Department of Labor interpreted the FMLA to allow a mixed-motive theory of liability so long as the evidence, whether direct or circumstantial, permits a reasonable juror to conclude that the plaintiff’s use of FMLA leave was a negative factor in the employer’s adverse employment decision. As the Third Circuit highlighted, this was the first time it had been required to examine whether the regulation embodies a permissible construction of the FMLA to which it must defer under Chevron.

The Third Circuit held that the District Court erred in requiring Egan to provide direct evidence of retaliation and vacated the FMLA verdict. Judge Patty Shwartz wrote on behalf of the court.

In reaching its decision, the appeals court acknowledged that the FMLA does not specifically provide for a retaliation claim. Accordingly, the court relied on step two of the Chevron analysis to determine whether the DOL’s interpretation of § 2615 to include prohibiting retaliation “is based on a permissible construction of the statute” to which the court was required to defer. Citing “Congress’s goal of enabling workers to address serious health issues without repercussion,” the Third Circuit concluded that the DOL’s interpretation is consistent with the purposes of the FMLA.

The Third Circuit also concluded that requiring a plaintiff to show only that the use of FMLA leave was a negative factor in the employer’s adverse job action, as opposed to the but-for cause of the action, was also reasonable. “Congress has endorsed the use of a lessened causation standard in Title VII’s anti-discrimination provisions,” Judge Shwartz explained. “Similarly, in enacting the FMLA, Congress chose to ensure that those who need to address serious health issues may do so without interference,” she added. “The regulation precludes an employer from considering the use of such leave as a negative factor in an employment decision. Thus, like Title VII’s anti-discrimination provision, it seeks to ensure that engaging in such protected activity does not negatively impact an employee.”

Based on its analysis under Chevron, the court held that § 825.220(c) is entitled to controlling deference, and a mixed-motive jury instruction is available for FMLA retaliation claims. “[I]n response to the request for the instruction, the court should have determined whether there was evidence from which a reasonable jury could conclude that the Port Authority had legitimate and illegitimate reasons for its employment decision and that Egan’s use of FMLA leave was a negative factor in the employment decision,” Judge Shwartz wrote.

While Judge Kent Jordan agreed with the court’s decision, he criticized the panel’s reliance on the Chevron doctrine. According to Judge Jordan, Chevron deference not only “erodes the role of the judiciary, it also diminishes the role of Congress.”

“The consequent aggrandizement of federal executive power at the expense of the legislature leads to perverse incentives, as Congress is encouraged to pass vague laws and leave it to agencies to fill in the gaps, rather than undertaking the difficult work of reaching consensus on divisive issues,” Judge Jordan further argued.

For more information about the Third Circuit’s decision or the legal issues involved, we encourage you to contact a member of Scarinci Hollenbeck’s Government Law Group.