In a recent decision, the Appellate Division of the New Jersey Superior Court clarified that familial and social affiliations do not qualify as the constitutionally protected conduct required to make a claim under the New Jersey Civil Rights Act (NJCRA). In Lapolla v. County of Union, the plaintiff alleged that he suffered adverse employment actions because his politically active brother sparred with the chairwoman of the Union County Democratic Party. 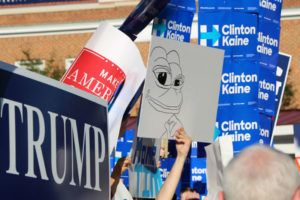 Plaintiff Richmond Lapolla, a long-time employee of Union County, filed suit against the county, alleging violations of the NJCRA, intentional infliction of emotional distress, and retaliation. Lapolla started working for the county in 1979 as a maintenance repair carpenter. During his career, the plaintiff was promoted several times.

Lapolla was a member of the Union County Democratic Committee (UCDC) for approximately 10 years. However, he did not play a very active role. According to the plaintiff, the UCDC consisted of two factions, one of which was led by Charlotte DeFilippo, the chairwoman of the UCDC. The other faction included Lapolla’s brother, Michael Lapolla, and “anybody who didn’t walk in lockstep with Charlotte DeFilippo.”

Michael became County Manager in 1997 over the objections of DeFilippo, who had wanted defendant George Devanney to become County Manager. In 1999, while his brother was County Manager, plaintiff became the head of the Division of Buildings and Grounds in the Department of Operational Services. He received the Civil Service title of Director, Repair and Maintenance.

During Michael’s tenure, he and DeFilippo often disagreed over the day-to-day operations of the county. In 2002, Michael resigned as County Manager, and Devanney assumed the position. Plaintiff subsequently became director of the newly formed Department of Operations and Facilities. He was later subjected to a series of transfers, which the plaintiff characterized as demotions. The plaintiff still holds his Civil Service title, and he never suffered a reduction in pay.

The NJCRA provides, in pertinent part:

Under Galli v. N.J. Meadowlands Comm’n., 490 F.3d 265, 271 (3d Cir. 2007), a plaintiff who alleges retaliation for political affiliation must show: (1) he was “employed at a public agency in a position that does not require political affiliation”; (2) he was “engaged in constitutionally protected conduct”; and (3) the conduct was “a substantial or motivating factor in the government’s employment decision.”

In Elrod v. Burns, 427 U.S. 347 (1976), the U.S. Supreme Court held that “termination of public employees’ employment because of their political affiliation violates the First Amendment unless the position at issue involves policymaking.”  The Court later expanded the doctrine to hold “the First Amendment [also] protects public employees . . . from promotion, transfer, recalls, and other hiring decisions conditioned on political affiliation, unless the government can demonstrate that party affiliation is a proper requirement for the position.”

The Appellate Division upheld the trial court’s decision to dismiss the lawsuit. It held that Lapolla had not shown that he was engaged in “constitutionally protected conduct,” an essential element of an NJCRA claim.

In reaching its decision, the appeals court noted that the plaintiff failed to identify any “expressive exercises or beliefs” of his that were “sufficiently similar to those of the plaintiffs in the seminal cases” to be protected by the First Amendment. It further highlighted that Lapolla did not support a losing candidate, fail to yield to pressure to support any particular candidate, or exercise his right to refrain from any political activity.

As the panel further explained:

Plaintiff described his political participation as minimal, all in support of the UCDC, and not any particular faction. His contention is that he was discriminated against because his brother was a member of a faction of the Democratic Party that clashed with the other faction led by DeFilippo. But, in his deposition testimony, he maintained he was not a member of the disfavored faction. Thus, he has not presented a case in which his “political affiliation” was separate from the interest identified with DeFilippo based on a divergence from “commonality of political purpose, partisan activity and political support.”

Based on the foregoing, the Appellate Division concluded that the political activity and association Lapolla described did not fit within the traditional political affiliation categories that are “clearly established” as constitutionally protected.

For more information about the court’s decision in Lapolla v. County of Union or the legal issues involved, we encourage you to contact a member of Scarinci Hollenbeck’s Government Law Group.