The New Jersey Legislature recently passed a bill that prohibits public institutions of higher education from using state funds in excess of $10,000 to pay fees to speakers, including but not limited to commencement speakers. The legislation now heads to Governor Christie. 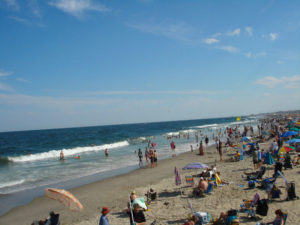 The proposed bill (Senate Bill Number 2355) is more commonly known as the “Snooki” bill, in reference to the Jersey Shore reality star. According to Assemblyman John DiMaio, he was inspired to write the legislation after Nicole “Snooki” Polizzi was paid $32,000 to speak at a Rutgers University event in 2011. Snooki earned $2,000 more than Nobel Prize-winning author Toni Morrison received to deliver the university’s commencement address.

Proposed Changes Under the Bill

Notably, the bill would not have prohibited the university from paying Snooki. According to Rutgers, she was paid using student fees. The university also pays its commencement speakers using funds generated from a contract with Coca-Cola. Nonetheless, the bill unanimously passed both houses of the State legislature.

If signed by Governor Christie, the new restriction will take effect immediately. However, it is unclear whether he will sign it. Governor Christie questioned whether the bill was necessary. “I’ve got much bigger issues to be concerned about in a state with a $35 billion budget, with all the different challenges and opportunities we have, than to be worried about micromanaging what universities in the state decide to pay their commencement speakers,” Governor Christie said. However, Governor Christie did state that he would consider the legislation.