In Groark v. Timek, a New Jersey federal judge issued a ruling that has the potential to destroy the confidential nature of internal affairs files. The ruling will compel not only Atlantic City internal affairs files to be produced for the named defendant officers, but also all other officers. Further, the scope of the production will include investigations of all other types of serious complaints even if they are not factually similar to the case. 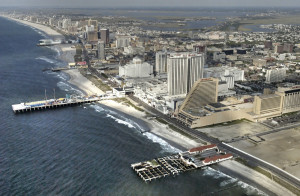 The Court did, however, limit plaintiff’s request for all internal affairs files from 2003 to the present, as overbroad. The limitation will require the parties to meet and confer in an effort to agree on the production of a “representative sample” of Atlantic City’s internal affairs files. In making the above rulings, the court found that the documents are relevant to the plaintiff’s claims regarding the municipality’s alleged custom of conducting insufficient internal affairs investigations and tolerating misconduct by its police officers.

Plaintiff Matthew Groark alleges that on August 7, 2010, Officers Frank Timek and Sterling Wheaton beat him up without justification at the Dusk Nightclub in Atlantic City, New Jersey. Although plaintiff was arrested and charges were pressed, all charges were subsequently dismissed. In addition to pursuing excessive force and false arrest claims against the individual officers, Groark’s lawsuit seek to hold Atlantic City liable for a custom of conducting deficient internal affairs investigations and tolerating the misconduct of its police officers. Such allegations are sometimes referred to as “Monell claims” following the court’s ruling in Monell v. Department of Social Services, 436 U.S. 658 (1978), which established that local municipalities can be held accountable for constitutional violations of their employees if it can be shown that the municipality knew and acquiesced to improper conduct and policy.

During discovery, Atlantic City produced the defendant Officers’ “Index Cards”, which listed the dates, nature, and disposition of the internal affairs (IA) complaints. The documents revealed that Timek and Wheaton were collectively the subject of many similar complaints, but were never disciplined. Over Atlantic City’s objections, the court ordered Atlantic City to produce copies of all of Timek and Wheaton’s IA files after determining they are relevant to plaintiff’s Monell claim.

In the latest discovery dispute, Groark sought all of Atlantic City’s IA files from 2003 to the present, arguing that they are needed “to prove Atlantic City has a long-standing custom of conducting investigations as pretense” and tolerating officer misconduct. Atlantic City opposed plaintiff’s request on the basis that the files were not relevant to the claims in the case and would be overly burdensome to produce. The municipality further maintained that if it had to produce IA files from other officers they should be limited to instances where there were complaints about excessive force, false arrest or malicious prosecution, since these are the claims raised in the case.

While the court denied Groark’s request for all of Atlantic City’s internal affairs files, it ordered Atlantic City to produce a “representative sample” of the files from January 1, 2003 to August 7, 2011 (one year post-incident).

In issuing his decision, U.S. Magistrate Judge Joel Schneider first concluded that the plaintiff was entitled to discover IA files for police officers other than the named defendants. In support, Judge Schneider stated that plaintiff’s claims are not just limited to how Atlantic City acts vis-a-vis Timek and Wheaten, the actions and internal affairs files of other officers are relevant for discovery purposes.”

In addition, the court ruled that the discovery should not be limited to IA files for excessive force, false arrest and malicious prosecution complaints, but should include all serious police complaints. According to the court, “The required statutory and regulatory guidelines for IA investigations discussed in detail in the Court’s earlier Opinion do not differentiate between the types of complaints made. An analysis of the investigatory procedures and practices used in factually dissimilar claims will assist plaintiff to determine the depth and scope of Atlantic City’s alleged inadequate IA investigations.”