In a recent decision, a New Jersey appeals court considered whether requiring a public employee to undergo a fitness-for-duty test ran afoul of the Americans with Disabilities Act (ADA). In In the Matter of Paul Williams and Township of Lakewood, the Appellate Division of the New Jersey Superior Court ultimately concluded that the municipality did not have the authority to order the examination because it did not serve a legitimate business purpose. 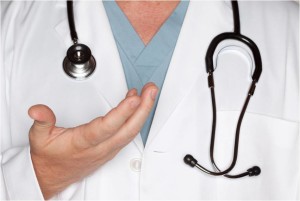 On November 3, 2004, Paul Williams began working as a truck driver for the Department of Public Works (the DPW) of the Township of Lakewood (the Township). In 2013, the Township manager received an anonymous letter purportedly from a “[v]ery concerned employee at Lakewood Public Works,” which expressed concern about the mental well-being of Williams. The letter referred to Williams as “a time bomb waiting to explode” and stated that “he needs help.”

The Township took no action for more than eight months. On December 2, 2013, the Township advised appellant that he would be sent for a psychological fitness-for-duty examination, and that he would face disciplinary action if he failed to attend. Williams alleged that the examinations were not job-related or required by business necessity and, therefore, violated the ADA. After he refused to attend the examination, the Township served Williams with a Preliminary Notice of Disciplinary Action seeking to terminate his employment. In the legal proceedings that followed, the Civil Service Commission (the Commission) found him guilty of insubordination for refusing to undergo a psychological fitness-for-duty examination. It ordered Williams to undergo a psychological examination before he was reinstated to ensure that he was “fully capable of performing the duties of his position.” If deemed unfit, the Commission ruled that he could then be terminated. Williams appealed.

The Appellate Division held that the Township’s order was not reasonably justified under the ADA.

As noted by the appeals court, the ADA prohibits employers, like the Township, from “requir[ing] a medical examination” or “mak[ing] inquiries of an employee as to whether such employee is an individual with a disability . . . unless such examination or inquiry is shown to be job-related and consistent with business necessity.” To assist in interpreting the ADA, the panel relied heavily on guidance issued by the Equal Employment Opportunity Commission (EEOC) stating that psychological fitness-for-duty examinations are “medical examinations” under the ADA. In light of the ADA and the EEOC guidance, the court concluded:

[A]n employer may only require an employee to undergo a psychological fitness-for-duty examination when the employer has a reasonable belief, either through direct observation or through reliable information from credible sources, that the employee’s perceived mental state will either affect his or her ability to perform essential job functions or that the employee poses a direct threat.

Applying these principles, the court ultimately determined that the Township violated the ADA when it ordered Williams to participate in a psychological fitness-for- duty examination based upon the information contained in the anonymous letter. “Simply stated, the Township did not meet its burden of demonstrating that its directive was ‘job-related and consistent with business necessity,’” the panel explained.

In reaching its decision, the court found that Township failed to demonstrate that Williams’ ability to perform his job functions was impaired by any suspected medical or mental condition. It also concluded that the Township failed to prove that appellant posed a direct threat to either himself, others or property, noting that the municipality waited more than eight months to take any action.

For more information about the ADA case or the legal issues involved, we encourage you to contact a member of Scarinci Hollenbeck’s Government Law Group.