Records custodians can’t go on the offensive when facing suit under the Open Public Records Act, according to a New Jersey appeals court. In Jeff Carter v. John Doe, the Appellate Division of the New Jersey Superior Court held that a records custodian may not bring a declaratory judgment action against a record requestor to enforce its right to withhold records. 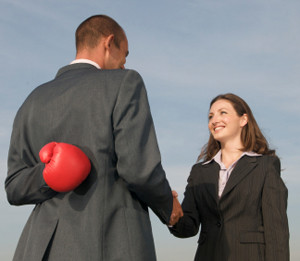 On July 15, 2013, Jeff Carter electronically filed a request, under OPRA and the common law, for records pertaining to an application for relief by John Doe, a man associated with the Millstone Valley Fire Department, to the New Jersey State Firemen’s Association (Association). The Association denied the request, maintaining that the information Carter requested should not be subject to disclosure under OPRA because it would violate an applicant’s reasonable expectation of privacy.

On August 15, 2013, the Association filed a verified complaint for declaratory judgment, along with a proposed order to show cause, to compel Carter to show cause why the final relief sought in the verified complaint should not be entered. It specifically sought an order “declaring that individual relief applications are of such a private nature that the New Jersey State Firemen’s Association or the local relief association shall be prevented from acknowledging the existence of individual applications and prohibited from releasing the same under . . . the Open Public Records Act.”

The Appellate Division held that OPRA only authorizes suits by records requestors. It does not provide the records custodian an independent right of action. As the panel explained:

In reaching its decision, the Appellate Division highlighted the well-established legal principle that if there is no private right of action under a particular statute, a party may not secure a declaration of its statutory rights by seeking relief under the DJA. With respect to OPRA, the court concluded that OPRA does not vest a right of action in a records custodian.

For more information about the Appellate Division’s OPRA ruling or the legal issues involved, we encourage you to contact a member of Scarinci Hollenbeck’s Government Law Group.