New Jersey municipalities that are considering holding a public referendum to exceed either the two percent levy cap or the zero percent appropriation cap should be mindful of approaching deadlines. In a recent notice, the Division of Local Government Services (DLGS) provided guidance for scheduling elections and managing the New Jersey referendum process. 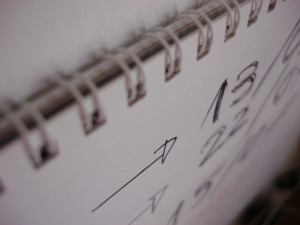 Below are several key deadlines set forth in the DLGS guidance:

The DLGS also outlines a number of key referendum procedures and their respective deadlines. For instance, in compliance with N.J.S.A. 19:63-61, municipalities must publish a “Notice of Availability of Mail-In Ballots,” as a display ad in the official newspaper, at least 55 days before the election. For the April 19 election, the deadline is Tuesday, February 23, 2016. For the May 10 non-partisan election, publication must be made by March 15, 2016.

Due to the constraints, if municipalities are considering but have not yet reached a final decision, they should publish this Notice to preserve the opportunity to hold a levy cap referendum. In order to avoid confusion, if a municipality has published the Notice of Availability of Mail-In Ballot and later elects not to go through with the referendum, the governing body must memorialize that decision by passing a resolution to that effect and publishing a legal notice that a levy cap referendum will not be held as previously announced.

To ensure that municipalities follow all the proper procedures, it is imperative to thoroughly review the Local Finance Notice and address any concerns with your municipal counsel.

For more information about the levy cap referendum process or the legal issues involved, we encourage you to contact a member of Scarinci Hollenbeck’s Government Law Group.