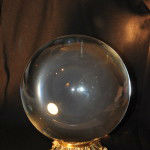 In Moore-King v. County of Chesterfield, the Fourth Circuit Court of Appeals ruled that “Psychic Sophie” could not avoid a local ordinance that required fortune tellers to obtain a business license by relying on the Religious Land Use and Institutionalized Persons Act (RLUIPA). The federal statute prohibits government from enacting a land use regulation that imposes a “substantial burden on the religious exercise of a person.”

The Chesterfield County requires fortune tellers to acquire a business license, obtain a permit from the chief of police, and pay a license tax of $300. Its Code of Ordinances defines a “fortune teller” as:

any person or establishment engaged in the occupation of occult sciences, including a fortune-teller, palmist, astrologist, numerologist, clairvoyant, craniologist, phrenologist, card reader, spiritual reader, tea leaf reader, prophet, psychic or advisor or who in any other manner claims or pretends to tell fortunes or claims or pretends to disclose mental faculties of individuals for any form of compensation.

Plaintiff Patricia Moore-King sought to open a business as a psychic and spiritual counselor in Chesterfield County under the name of “Psychic Sophie.” Moore-King describes herself as someone who does “not follow particular religions or practices,” but prefers to go with her “inner flow.”

During the licensing process, Moore-King discovered that the County classified her as a fortune teller and, therefore, she would have to pay the $300 license tax. Rather than pay the tax, she elected to challenge the legality of the County’s ordinance. Her suit alleged violations of the Equal Protection Clause, her First Amendment rights to free speech and the free exercise of religion, and statutory claims under RLUIPA.

To determine whether Moore-King’s set of beliefs warranted constitutional protection as a religion, the court considered whether they are (1) sincerely held and (2) religious in nature under Moore-King’s “scheme of things,” relying on the ruling in Wisconsin v. Yodu, 406 U.S. 707 (1981).

While the first prong was undisputed, the panel concluded that that “Moore-King’s beliefs more closely resemble personal and philosophical choices consistent with a way of life, not deep religious convictions shared by an organized group deserving of constitutional solicitude.” It specifically noted her disavowal of organized religion and her preference to rely on her “inner flow.”

With regard to Moore-King’s free speech claims, the appeals court found that the ordinance was permissible under the professional speech doctrine, which allows the government to license and regulate those who would provide services to their clients for compensation without offending the First Amendment.  Here equal protection claim also failed, as she was unable to point to other similarly situated individuals who were not required to comply with the ordinance.