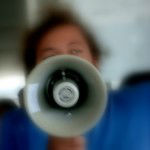 While the “Occupy” movement has died down, the legal controversy over protestor arrests has not. In December, the Court of Appeals for the Fourth Circuit ruled that South Carolina Governor Nikki Haley and other state officials are not immune from claims by Occupy Columbia protestors who were arrested for camping out at the North Carolina Statehouse.

In support of her decision, Governor Haley cited a document entitled “Conditions for Use of South Carolina State House Grounds,” of which Condition 8 required any individual or organization that wishes to conduct activities at the Statehouse after 6:00 p.m. to receive written authorization. As she noted, the protestors had not been granted permission to remain on the grounds after that time.

In total, 19 member of Occupy Columbia were arrested for trespassing. Occupy Columbia and 14 of the protestors arrested subsequently filed suit under 42 U.S.C. § 1983, the South Carolina Constitution, and South Carolina’s common law. Among other claims, the plaintiffs alleged that the state officials had violated their First Amendment rights by arresting them for their presence and protest on State House grounds after 6:00 p.m. on November 16, 2011.

In response, the state officials sought to dismiss the § 1983 claims for damages, citing qualified immunity. As we have previously discussed on this Government & Law Blog, qualified immunity is an affirmative defense that “shields government officials performing discretionary functions from personal-capacity liability for civil damages under § 1983, insofar as their conduct does not violate clearly established statutory or constitutional rights of which a reasonable person would have known.”

The Fourth Circuit ultimately refused to dismiss the suit. The panel reasoned that because Occupy Columbia has alleged a violation of a clearly established First Amendment right, the officials were not entitled to qualified immunity.

“We hold that the Occupy Columbia protesters have stated a viable claim that Appellants violated their First Amendment rights to assemble and protest peacefully on the grounds of the South Carolina State House in the absence of a valid time, place, or manner regulation,” the opinion states.

While the Fourth Circuit acknowledged that South Carolina had laws in place that could have been enforced against the protestors, it rejected the argument that Condition 8 as a valid time, place, and manner restriction, requiring Occupy Columbia to receive permission to remain on State House grounds after 6:00 p.m.

“It is not disputed that South Carolina and its state officials could have restricted the time when the State House grounds are open to the public with a valid time, place, and manner restriction. However, … at the time of Occupy Columbia’s arrest, no such restrictions existed,” the court explained