In N.J. Transit Corp. v. Franco, the Appellate Division reversed a just compensation award of $8,150,000. It held that the owners of the condemned property failed to establish a reasonable probability that the municipality would grant the zoning changes required to develop the property for its “highest and best use.” 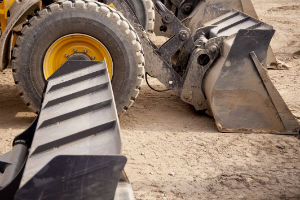 Plaintiff New Jersey Transit Corporation condemned three parcels of land located in three different municipalities. The property was owned by defendants Mary Franco, Carol Franco, and M & C Franco & Co. The parcels included a 51,362-square-foot lot located in Hoboken’s “Light Industrial” zone, which was cut off from the rest of Hoboken by the tracks of the Hudson-Bergen Light Rail System on the Property’s southern border. A 21,687- square-foot parcel was located in Union City’s “Multi- Family – Residential” zone, but was separated from the rest of Union City by the Palisades Cliffs on the Property’s western border. The third parcel was 9,585 square feet and located in the Township of Weehawken’s R-3 “One, Two (2) and Three (3) Family Residence Zone.”

The New Jersey Transit Corporation offered $934,500 for the Property, subject to the need to remediate any contamination. The commissioners awarded just compensation of $1,350,000, and the plaintiff and defendants both sought a trial de novo in the Law Division. After a seven-day trial during which both sides provided expert appraisal reports, the jury awarded $8,150,000 as just compensation for the property. The compensation award was based on the “highest and best use” of building apartment buildings on the Hoboken and Union City parcels and placing a driveway on the lots in Weehawken, where zoning laws did not permit apartment buildings. The trial court entered final judgment for $8,150,000 and ordered the defendants to place $1,967,865 in escrow to cover the estimated costs for environmental remediation.

The plaintiff appealed, and the defendants cross-appealed. As stated by the Appellate Division, the crucial issue on appeal was “whether the creation of a cul-de-sac on the Weehawken parcel of the Property would have required and received approval by Weehawken.”

As established by the Supreme Court of New Jersey in Borough of Saddle River v. 66 East Allendale, LLC, 216 N.J. 115, 119 (2013), “[i]n a condemnation action the determination sought is the amount of just compensation. Just compensation is a function of the value of the property in light of its highest and best use, which is ordinarily evaluated in accordance with current zoning ordinances.”

The state’s highest court has also held that “[t]o constitute the ‘highest and best use,’ a use must be . . . ‘legally permissible'” in that zone. Hous. Auth. v. Suydam Inv’rs, L.L.C., 177 N.J. 2, 20 (2003). Nonetheless, the New Jersey Supreme Court has also recognized that “[c]ertain circumstances may permit valuation to include an assessment of a change in the permitted use of a property, but only if there is a reasonable probability that a zoning change would be granted.” Borough of Saddle River, supra, 216 N.J. at 119.

The Appellate Division reversed the trial court’s decision and remanded the case to the lower court for a new trial on just compensation. As explained by the panel:

We hold defendants’ proposal to build a cul-de-sac on its Weehawken lots to serve proposed apartment buildings on other lots requires either a use variance for a private driveway or acceptance by Weehawken as a public street. Because defendants failed to show a reasonable probability that Weehawken would have granted either form of relief, we reverse the March 4, 2013 final judgment and remand for a new trial on just compensation.

The Appellate Division rejected the defendants’ argument that the environmental cleanup of the property should be based on the New Jersey Transit Corporation’s intended or actual use. Because it held that the trial court properly calculated the escrow based on the estimated remediation cost for the highest and best use used to calculate defendants’ award, the appeals court affirmed that part of the order.

For more information about the court’s decision or the legal issues involved, we encourage you to contact a member of Scarinci Hollenbeck’s Government Law Group