A coalition of 22 states is challenging the Department of Labor’s (DOL) new overtime rules, which are slated to take effect in December. The lawsuit is seeking preliminary and permanent injunctions declaring that the DOL’s Final Rule is unlawful. 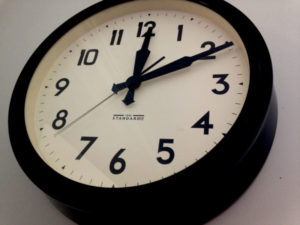 As we previously discussed on this blog, the DOL is raising the thresholds used to determine whether executive, administrative, and professional employees (frequently referred to as “white collar workers”) are entitled to minimum wage and overtime pay protections under the Fair Labor Standards Act (FLSA). The final rule raises the salary threshold from $455 a week ($23,660 for a full- year worker) to $913 a week ($47,476 for a full-year worker) effective December 1, 2016. Going forward, the Final Rule also allows the salary levels to be automatically adjusted every three years.

In seeking to block the DOL’s overtime rules, the states’ lawsuit raises a number of legal arguments. The complaint maintains that mandating that states pay overtime to state employees is unconstitutional. “By committing an ever-increasing amount of State funds to paying State employee salaries or overtime, the Federal Executive can unilaterally deplete State resources, forcing the States to adopt or acquiesce to federal policies, instead of implementing State policies and priorities,” the complaint alleges.

Since the FLSA has applied to state and local governments since 1974, the states’ lawsuit also challenges the continued viability of Garcia v. San Antonio Metro. Transit Auth., 469 U.S. 528 (1985), in which the U.S. Supreme Court held that extending coverage of the FLSA to state governments did not violate the Constitution’s Tenth Amendment. Accordingly, the challengers appear to be prepared to take the suit all the way to the country’s highest court.

The states’ lawsuit challenges several provisions of the Final Rule. Notably, the complaint maintains that the rule violates the FLSA by imposing specific salary level requirements rather than focusing on the duties of the employees. “One would think—as the statute indicates—that actually performing white-collar duties … would be the best indicator of white-collar exempt status,” the complaint states. “Instead, DOL relegates the type of work actually performed to a secondary consideration while dangerously using the ‘salary basis test,’ unencumbered by limiting principles, as the exclusive test for determining overtime eligibility for EAP [executive, administrative or professional] employees.”

The suit also alleges that the automatic salary increases are unlawful because the FLSA expressly states that the DOL must review the statute’s exemptions “from time to time.” The states also argue that the automatic overtime adjustments would violate the Administrative Procedure Act’s notice and comment requirements.

The U.S. Chamber of Commerce, National Federation of Independent Business, National Retail Federation, and other business interests have filed their own suit. Nonetheless, the success of the legal challenges is still unclear. Municipalities and other government entities should continue to take steps to ensure that they are ready to comply with the new requirements on December 1, 2016.