Jersey City has become the first New Jersey municipality to formally sanction the home-sharing platform, Airbnb, which is banned from many metropolitan areas, including New York City. Under an agreement reached with the short-term rental company, Airbnb will charge and collect the standard hotel tax on their rentals in the City. 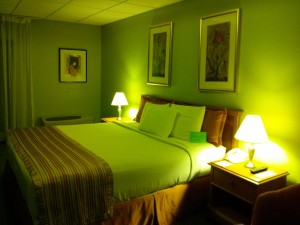 In April, Jersey City passed an ordinance that extended the City’s hotel tax to short-term rental companies like Airbnb. At the time, critics of the new law argued that the new tax would discourage tourists from staying in Jersey City, which is an attractive alternative to the high-cost hotels of neighboring New York City.

Under the latest ordinance, residents would be permitted to rent their homes for less than 30 days, but would not be responsible for complying with Jersey City’s six-percent hotel occupancy tax. That task would fall squarely on Airbnb. Under the terms of the agreement reached with the municipality, the Company will also reimburse property owners for up to one million dollars in damage caused by renters.

The proposed Jersey City ordinance would prohibit homeowners and renters from “changing the character of the neighborhood.” To prevent the proliferation of what the Fulop Administration calls informal “Airbnb hotels,” the measure would also cap the number of properties one user could rent on the platform to five.

“Airbnb is incredibly popular and growing rapidly, and while some people might have concerns about the sharing economy upending old ways of doing business, the best way to address those concerns is by engaging with these companies, not pretending they do no exist,” Mayor Fulop said.

According to a press statement from Mayor Fulop’s office, there are currently more than 300 Jersey City rentals on the Airbnb website. Under the new agreement, the City is expected to generate roughly $1 million in revenue, which will increase hotel tax revenue by 14 percent.

For more information about the proposed ordinance, we encourage you to contact a member of Scarinci Hollenbeck’s Government Law Group.