Jersey City is the first local government to rely on cellphones to record law enforcements’ interaction with the public. The city’s new police body camera program will rely on a mobile application known as CopCast.

In 2014, New Jersey enacted a law requiring that all new patrol cars purchased by local municipalities be equipped with mobile video recording systems. While it was later deemed unconstitutional as an unfunded mandate, many municipalities had explored acquiring body cameras as a cheaper alternative to dashboard cameras. 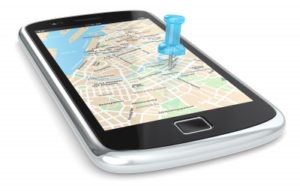 Oversight of Police Body Camera Use

The increased rollout of police body cameras is controversial, with the primary concerns related to how the footage is stored and released. In 2015, Acting Attorney General John Hoffman issued a directive regarding the use of BWC’s by New Jersey law enforcement officers. The directive set forth several base requirements for police departments like Jersey City that elect to deploy the cameras.

As detailed in a fact sheet accompanying the Attorney General’s directive, below are several key policies and procedures that municipalities must follow:

For more information about the legal issues involved with police body worn cameras, we encourage you to contact Michael A. Jimenez, Esq., Counsel and a member of Scarinci Hollenbeck’s Government Law Group.