The dispute arose from an application by developer Shipyard Associates, L.P. (Shipyard) to build two additional high-rise residential apartment buildings as part of its planned unit development (PUD) on the Hoboken waterfront. On January 7, 1997, the Planning Board granted Shipyard preliminary site plan and subdivision approval for the PUD. 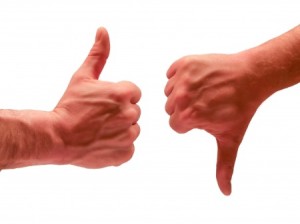 After obtaining final site plan and subdivision approvals, Shipyard built the approved residential high-rises, commercial space, waterfront promenade, park, recreation pier, a marina, a ferry stop, and all other amenities except the tennis courts. On August 25, 2011, Shipyard applied to the Planning Board for amended site plan approval, to build two more residential towers (the Monarch project) in lieu of building the tennis courts. Pursuant to N.J.S.A. 40:55D-10.3, Shipyard’s application was deemed complete on October 13, 2011, but the application was not scheduled for a hearing until many months later.

In the meantime, the City sued Shipyard to enforce the City’s purported rights under a December 7, 1997 developer’s agreement with Shipyard. Thereafter, the Planning Board refused to consider the merits of Shipyard’s application, although Shipyard’s attorney and witnesses were prepared to present the application on the scheduled hearing date. Instead of hearing the application, the Board denied it “without prejudice,” over Shipyard’s  objection, on the theory that the Board lacked jurisdiction to entertain the application while the City’s lawsuit was pending.

In response, Shipyard sued the Planning Board, arguing that the Board’s refusal to adjudicate the merits of its application within the statutory timeframe set forth in N.J.S.A. 40:55D-61, resulted in its automatic approval. Shipyard also sued the Hudson County Planning Board and the Hudson County Board of Chosen Freeholders, which had denied, on the merits, Shipyard’s application for approval of the Monarch project. After the trial court sided with Shipyard, the municipalities appealed.

The Appellate Division affirmed. The appeals court agreed with the trial judge that the Municipal Land Use Law (MLUL) reflects the New Jersey Legislature’s intent to permit a developer to apply to a planning board to modify the terms of approval of a PUD. It also agreed that the merits of an application to modify prior approvals are to be decided by the board, not by a trial court in litigation to enforce the developer’s agreement.

The Appellate Division further upheld the trial court’s decision that the County Planning Board had wrongfully denied Shipyard’s application. The Court noted that the County Board’s jurisdiction is limited to “assuring a safe and efficient county road system,” including drainage issues affecting those roads. In this case, where there was no direct driveway connection to the County road and no drainage issues the Board had no grounds to deny.

The Appellate Division also upheld the trial court’s decision ordering automatic approval of Shipyard’s application. Citing Manalapan Holding Co. v. Planning Bd. of Hamilton, 92 N.J. 466 (1983), the court noted that MLUL’s statutory timetables must be strictly enforced and that a public entity may be excused from automatic approval only where delay is inadvertent or unintentional.

“In this case, there was nothing inadvertent or unintentional about the Planning Board’s action,” the court concluded. “It was aware of the statutes requiring that it hear Shipyard’s application, regardless of the pending litigation, on pain of automatic approval if it did not.” The court agreed with the trial judge that in denying the application without prejudice, the Board was unlawfully granting itself an extension of time to hear the application, until the City’s lawsuit was decided. As the court further explained:

If there is a lesson to be learned from this case, it is that the rule of law is paramount and cannot be sidestepped to avoid deciding unpopular land use applications. As here, failure to follow the law may insure the success of an application that local objectors vigorously oppose. We appreciate that it may be difficult for planning board members, who are unpaid appointees, to stand firm in the face of vocal objectors and carry out their statutory duty. We have read the transcript of the July 10, 2012 Board hearing, in which objectors were interrupting the proceedings and shouting, “we want tennis courts.” However, the Planning Board was obligated to hear Shipyard’s application, no matter how controversial it was.

For more information about the Appellate Division’s decision in Shipyard Associates v. Hoboken Planning Board or the legal issues involved, we encourage you to contact a member of Scarinci Hollenbeck’s Government Law Group.