Publishing public notices in local newspapers is both costly and time consuming for New Jersey municipalities.  In response, lawmakers are currently considering the “Electronic Publication of Legal Notices Act.” 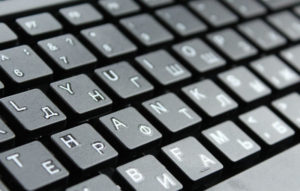 Below are several other key provisions of the “Electronic Publication of Legal Notices Act”:

There is no current data regarding how much municipalities spend on publishing legal notices each year. However, the Office of Legislative Services (OLS) notes that local government agencies that choose to publish its legal notices on the Internet will likely achieve some level of savings. In 2010, the New Jersey Press Association reported that local governments spend approximately $20 million on the legally required publication of official notices. Approximately 60 percent of this amount is reimbursed by private parties. However, $8 million is funded exclusively by the local governments.

For more information about the Electronic Publication of Legal Notices Act or the legal issues involved, we encourage you to contact a member of Scarinci Hollenbeck’s Government Law Group.