As we begin the New Year, we are looking back at the public law issues that impacted New Jersey municipalities in 2016. Several key legal developments involve the state’s Open Public Records Act (OPRA). In case you missed any of our posts, below is a brief recap. 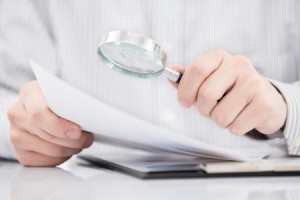 Security Footage from Municipal Surveillance Cameras: In Gilleran v. Township of Bloomfield, the Supreme Court of New Jersey held that security footage from a camera located outside a town hall was not subject to disclosure under OPRA.  “Compelling release on demand of security surveillance video would be contrary to the legislative intent motivating OPRA’s exemptions based on security concerns,” the court explained. Going forward, the New Jersey Supreme Court held that a governmental entity seeking to rely on OPRA’s security exceptions must establish that “the security tool…produces information that, if disclosed, would create a risk to the security of the building or the persons therein because of the revealing nature of the product of that tool.”

OPRA in the Digital Age: The New Jersey Supreme Court has agreed to consider another key OPRA issue in Paff v. Galloway Township. The issue before the court is whether OPRA requires the township to produce electronically stored information about emails (name of sender, recipient, date and subject) sent by certain public employees over a specified period of time. The Appellate Division previously held that OPRA “does not require the creation of a new government record that does not yet exist at the time of a request, even if the information sought to be included in the new government record is stored or maintained electronically in other government records.”

Declaratory Judgment Actions Brought by Public Entities: The Appellate Division has held that OPRA only authorizes suits by records requestors.  It does not provide a records custodian with an independent right of action.  In the matter of In re Firemen’s Ass’n’ Obligation to Provide Relief Under Open Public Records Act, the records custodian for the New Jersey State Firemen’s Association filed a verified complaint for declaratory judgment essentially asking the court to validate its contemplated denial of records asked for by way of an OPRA request.  The court rejected the custodian’s attempt to obtain such relief, finding that a records custodian has no standing under OPRA and permitting such a suit was “essentially an effort to preempt an imminent claim by the records requester.”  The New Jersey Supreme Court will hear the issue on appeal.

Use of “Neither Confirm Nor Deny” Responses to OPRA Requests: Public entities may decline to confirm or deny the existence of certain records responsive to an OPRA request pursuant to the Appellate Division decision of North Jersey Media Group, Inc. v. Bergen Cnty Prosecutor’s Office.   While such responses have long been sanctioned under the federal Freedom of Information Act (FOIA), and are known as “Glomar responses”, this decision is the first to hold that the “neither confirm nor deny” response is also proper under OPRA.  In the North Jersey Media Group case, an OPRA request sought records concerning a priest who had not been charged with any crime. The court found that exposing information regarding individuals who have not been arrested or charged with any crime is an invasion of privacy and could have devastating repercussions.  The refusal to confirm or deny the existence of records relating to a person who has not been charged with an offense thus falls within an exemption to disclosure authorized by OPRA.

Record OPRA Settlement: The Borough of Raritan settled an OPRA lawsuit for $650,000. The Gannet Co. newspaper chain initially filed suit in 2009 after the municipality refused to provide payroll data in response to a public records request. The settlement is believed to be the largest involving violations of the state’s public records law.

As discussed above, the New Jersey Supreme Court is poised to issue several important OPRA decisions in 2017. We encourage readers to check back regularly for updates.

For more information about the OPRA cases above or the legal issues involved, we encourage you to contact a member of Scarinci Hollenbeck’s Government Law Group.