Resolving a split in the federal courts in New Jersey and Pennsylvania, the Third Circuit Court of Appeals recently held that state universities are entitled to Sovereign Immunity protections in discrimination law suits.  The decision in Maliandi v. Montclair State University found that Montclair State University (MSU) is entitled to immunity under the Eleventh Amendment because it is an “arm of the state.” 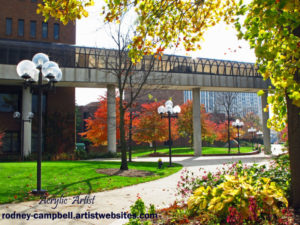 The Eleventh Amendment immunizes States from suits brought in federal court by both their own citizens and citizens of other States. Under U.S. Supreme Court precedent, the protection is not restricted to the States but rather extends to entities that function as an “arm of the State.”

The Third Circuit uses a three-factor test to determine whether a state-affiliated entity is an arm of the state. Under Fitchik v. New Jersey Transit Rail Operations, courts must consider (1) the funding factor: whether the state treasury is legally responsible for an adverse judgment entered against the alleged arm of the State; (2) the status under state law factor: whether the entity is treated as an arm of the State under state case law and statutes; and (3) the autonomy factor: whether, based largely on the structure of its internal governance, the entity retains significant autonomy from state control. Each step of the analysis is “fact-intensive” and requires searching review and balancing, with all factors accorded equal weight.

Paula Maliandi filed a wrongful termination lawsuit against MSU after she was allegedly denied reinstatement to her former position when she returned from medical leave for breast cancer treatment. MSU moved to dismiss Maliandi’s complaint, arguing that, as an arm of the State, it is owed Eleventh Amendment immunity from suit in federal court. The District Court denied the motion after concluding that MSU is not the State’s alter ego and is, therefore, subject to suit in federal court.

The Third Circuit reversed the district court’s decision finding that this particular highter education institution was in fact an arm of the state.  “Applying the balancing test we have developed to make such determinations, we conclude that, while a close case, MSU is an arm of the State, thus affording it access to the refuge of the Eleventh Amendment,” the court held.

In reaching its decision, appeals court concluded that two of the three factors favored immunity. With regard to the “funding” factor, the Third Circuit determined that it did not favor immunity. It noted that the State did not have a legal obligation to pay judgments against MSU, and that the university had alternative sources of funding to satisfy a judgement.

The Third Circuit next considered the “status under State law” factor, concluding that it counseled in favor of extending Eleventh Amendment immunity. In support, the court cited the university’s inability to sue and be sued in its own name, immunity from state taxes, ability to exercise the power of eminent domain, and subjection to New Jersey administrative procedure and civil service laws.

With regard to the “autonomy” factor, the Third Circuit found that the State “imposes sufficient constraints on MSU’s autonomy to favor immunity.” The appeals court highlighted that all members of the Board of Trustees are appointed by the Governor and confirmed by the state senate for six-year terms, from which they are removable for cause. The court further noted that MSU is subject to the Administrative Procedure Act, the State College Contracts Law, and the State’s civil service laws and must comply with stringent reporting requirements.

While the appeals court acknowledged that the plaintiff is left with little legal recourse, it noted that the Constitution dictated its decision. “Comity and state sovereignty are constitutional precepts and lynchpins of our federalist system of government, and where, as here, the state creates an entity that functions on balance as an arm of the state, the Eleventh Amendment’s protection must carry the day,” the court explained.  Ultimately, however, the question will be reviewed in light of the particular facts of the case.

For more information about the Third Circuit’s decision in Maliandi v. Montclair State University or the legal issues involved, we encourage you to contact a member of Scarinci Hollenbeck’s Government Law Group.