The two percent cap on interest arbitration awards expired at the end of the year 2017. In response, lawmakers in both the New Jersey Senate and Assembly recently introduced legislation to permanently extend the 2% Interest Arbitration cap, which limits how much compensation arbitrators can award police and firefighters who have reached a contract negotiation impasse with New Jersey municipalities. 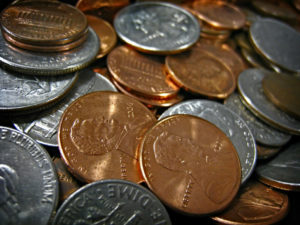 Under existing law, any time after a collective negotiation agreement between a public employer and a New Jersey police or fire department is up for renegotiation, either side can petition the New Jersey Public Employment Relations Commission (PERC) for arbitration. Since 2011, the law has also capped the amount arbitrators could award in base salary increases at two percent, as a means to control municipal budgets and prevent property tax hikes. In 2014, Gov. Chris Christie signed legislation extending the two-percent cap until December 31, 2017.

The proposed legislation, Assembly Bill 3378, removes the sunset provision governing the two-percent cap on base salary increases in interest arbitration awards. It also makes various changes to New Jersey’s interest arbitration procedures for settling contractual impasses between public employers and their police and fire departments. They include:

As recommended in the 2017 report issued by the Police and Fire Public Interest Arbitration Impact Task Force, the bill preserves changes made the last time the cap was extended. It allows arbitrators 90 days to render a decision; allows an aggrieved party 14 days to file a notice of appeal; requires PERC to render its decision in an appeal within 60 days; and establishes an arbitrator’s compensation for services at $10,000.  The provisions that provide for compounding the value of a two-percent cap over the length of the collective negotiation agreement and include previously negotiated cost increments within the definition of “base salary” also are preserved.

For more information about the proposed interest arbitration cap bill or the legal issues involved, we encourage you to contact a member of Scarinci Hollenbeck’s Government Law Group.