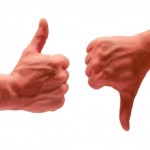 The Superior Court of New Jersey in Salem County approved its opinion in the case of Salem County Improvement Authority v. Salem County Board of Chosen Freeholders for publication on May 12, 2014, concerning the extent of a freeholder director’s veto power under N.J.S.A. 40:37A-50.

The court found that the legislature intended the Freeholder Board to have “far reaching oversight over authorities and stated no limitations on the freeholder veto except specifically referencing in the next paragraph that no veto would affect bonds, collective bargaining agreements, or binding arbitration decisions.” The court concluded that because the veto power is only limited by the restrictions specified in the statute, the freeholders’ authority is expansive.

The court also focused on the high burden that a plaintiff must overcome in an appeal of an action by a governing body via an action in lieu of prerogative writs. The burden in such a case is to overcome the public body’s presumptively valid action by demonstrating that the act was “arbitrary, capricious, or unreasonable” and the Freeholder Board’s action was a “clear abuse of discretion.” The court held that SCIA failed to meet this burden, concluding that the Freeholder Board’s explanation that it needed more time was a reasonable basis for the veto. Further the Freeholder Board was statutorily given the authority to veto “any action” and here, its actions did not exceed the Board’s authority and the director’s action, confirmed by the Board, stood.

The court upheld the freeholder director’s veto which was confirmed by the majority of the Freeholder Board.

For more information about the lawsuit discussed or the legal issues involved, we encourage you to contact a member of Scarinci Hollenbeck’s Government Law Group.