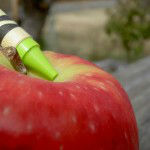 New Jersey has some of the strictest laws in the nation when it comes to harassment, intimidation, and bullying in schools, but what happens when the teachers are the bullies?

On the heels of several highly publicized cases of bullying by school staff, New Jersey Senator Diane Allen has introduced legislation that would enact tougher discipline.

The bill specifically extends New Jersey’s Anti-Bullying Bill of Rights Act to bullying at the hands of teachers and other school employees. Below are several key provisions of the legislation, as outlined by Sen. Allen:

While few disagree with Sen. Allen’s aim to deter bullying by teachers, some have questioned whether the anti-bullying legislation would survive legal scrutiny. New Jersey Education Association spokesman Steve Wollmer said Allen’s bill threatens due process rights “because it would allow no more appeals to a neutral third party.” He indicated that the union has suggested that New Jersey follow the procedure used in Massachusetts, where teacher dismissals are decided by outside employment arbitrators.

For a discussion of bullying in the business world, please see Scarinci Hollenbeck’s Business Blog.