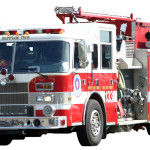 Although the Association provided plaintiff some of the requested documents based on his membership status, it did not provide an OPRA form and refused access to the individual pension records of the executive committee. Plaintiff subsequently filed a verified complaint against the Association, alleging that it failed to respond timely to his document request; failed to have a required request form and designated records custodian; and violated OPRA by denying access to records.

The court further highlighted that the Association is the direct recipient of substantial revenues generated from specific taxes imposed on insurance premiums. “The management of these revenues and expenditures — and the management of the accumulated assets exceeding $100 million — is an issue of public interest that OPRA was intended to address,” the justices concluded.

As further evidence that the Association is a public agency, the court pointed to the its other government functions, including providing death benefits and regulating local associations. Citing to the case in which the New Jersey League of Municipalities was deemed a public agency, the court concluded that the Association is “used to achieve an end or purpose,” of the State, or is “[a] means . . . through which a function [of the State] . . . is accomplished.”

According, the court found that the Association, as an independent State instrumentality, is a public agency whose records are subject to inspection under OPRA.